The death toll in deadly clashes between Forces loyal to SNA rebellious army general and the fighters of moderate Islamist group in central Somalia have risen to three while more than 15 others were injured in fighting raging for 24 hours, witnesses and health officials said on Wednesday.

Residents in Dhusamareb told Goobjoog News that the clash flared up yesterday evening when the fighters of the SNA renegade general attacked the town  from two sides prompting heavy confrontation that led displacement of hundreds of families from their homes.

“The clashes between the fighters led general Libaan Madahweyne and AhluSunna fighters in the town has displaced many families” said witness in the town.

“There are so many fighters and weapons in Dhusamareeb town,” another resident said  “Some people have started fleeing the areas for fear of the fighting. Most people are saying they have no option but to support whoever takes over the control.”

Both sides have been fighting over the town of Dhusamareeb which has changed hands between the two sides for the past hours. Latest reports indicate the two sides partly control the town while sporadic fighting still continues in and around the town.

Both sides claim to have inflicted heavy losses on the other side but hospital sources in the region say that 15 people mostly combatants from the warring sides were injured in the fierce clashes that continued for control of the town and adjacent districts.

The situation remained tense as the two sides are sending fresh reinforcement to the battle zones.

The group has since defended the town against repeated counter attack by SNA troops to recapture the town.

43 Alshabab Members sentenced to death in Puntland State of Somalia 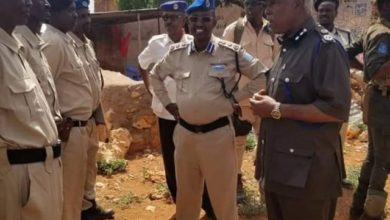