The number of COVID-19 cases in Somalia Saturday inched closer to the 400 mark as 62 more people tested positive with the government keeping mum on the number of tests carried out.

The Ministry of Health announced Saturday evening 62 people had tested positive for the disease in the last 24 hours bringing to 390 the confirmed cases thus far. A brief note from the Ministry also reported two deaths and two recoveries.

The death toll now stands at 18 while the number of those who have recovered has risen to ten. The double-digit daily increase in the number of COVID-19 in Somalia has raised concerns as the government remains very economical with information.

Besides the dry numbers posted on social media and occasional statements from the Ministry of Health, little is known on the state of affairs. For example, the public remains in the dark on the number of people who have since been tested for the disease.

The Ministry used to release the number of tests at the onset of the pandemic but has since kept that information secret denying Somalis a better understanding of the scale of spread of the virus. 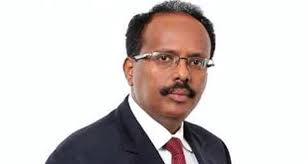 700,000 voters to cast vote for president in Somaliland next month