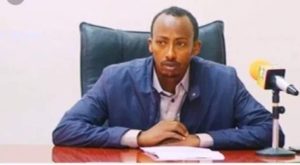 The new President of the Somali region of Ethiopia Ahmed Abdi Mohamed Ilkaase has called for peace and stability in the state following days of unrest that saw his predecessor Abdi Omar Illey step down.

Ilkacase condemned the latest ethnic clashes in the region, that led to loss of lives and destroyed  businesses.

He said, “The people in Jijiga should shun ethnic clashes in the region that can destroy and affect the peace and stability of the region.”

“According to the federal constitution, everyone has the right to live everywhere in the country,” he said. “Somali people should respect the constitution and safeguard the other people that live with us,” said Ilkaase.

The former president Illey resigned following pressure from the federal government of Ethiopia as the military forces took over all Jigjiga town.