Somaliland Parliament Sunday granted the United Arab Emirates government a 25 year lease to build a military base in its territory formally paving way for a military base in Somalia within the understanding of the country’s Federal Constitution and international law.

The agreement puts Somalia in the same league as its neighbor Djibouti and Eritrea; two of Africa’s most militarized zones. The US runs a military base in Djibouti and China is already constructing one while France, Japan and Saudi Arabia also have their footprints in the 14,300 square miles country. The UAE also built an operations base in Eritrean port of Assab in 2015 to launch its offensives in the ongoing war in Yemen.

These foreign powers have largely dangled the carrot in form of infrastructure development and socio-economic empowerment of communities around the bases but the debate is not and should not be a matter of cost benefit analysis.

The incoming Farmaajo administration can be given the benefit of the doubt as it settles a week since election but national security matters cannot be pegged on the office holder but by the very principles enshrined in the constitution.

Article 54 of the Provisional Constitution clearly spells out four areas which are exclusively within the province of the Federal Government. These are national defence, citizenship and immigration, monetary policy and foreign affairs.

It is no doubt Somaliland has been pursuing self-determination with an established government and constitution. Despite this, Somaliland still exists as a province of the Federal Republic of Somalia under the national constitution and international law.

The silence in Mogadishu regarding Somaliland’s decision to grant a foreign power rights to establish a military base is therefore disturbing and confounding. Foreign Minister Abdusalam Omer proffered a no comment response to Goobjoog News query on the matter. The Federal Government did not also make public its position last year when Somaliland signed a 30 year Berbera port management deal with UAE’s DP World.

President Mohamed Abdullahi Farmaajo will have to take up this issue as a priority should his administration want to be respected.

The UAE has formal diplomatic ties with Somalia with an embassy in Mogadishu. Its dealings with Somaliland on a matter of national security, should it be established the Federal Government is not involved must be treated as not only suspect but also an act aimed at undermining the country’s sovereignty. 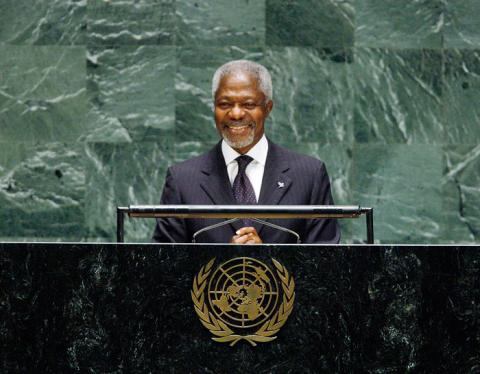 Reflections on the UN at 70 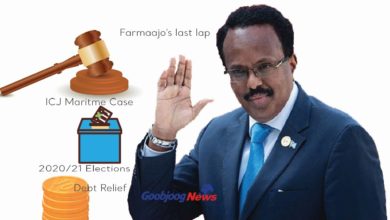