European governments have sharply criticized the Catalan Parliament’s decision to declare independence from Spain and announced that they would not recognize it.

In an afternoon of high political drama, Catalonia’s separatist-led parliament voted to declare independence from Spain on Friday.

EU’s heavyweight Germany stressed that Catalonia’s independence move was a violation of Spain’s constitution, which might further escalate tensions.

“The sovereignty and territorial integrity of Spain are and will remain inviolable,” Chancellor Angela Merkel’s spokesman said in a written statement.

“The Federal Government of Germany does not recognize such a declaration of independence,” Steffen Seibert said, adding that Berlin would continue to support Spanish Prime Minister Mariano Rajoy’s stance in favor of restoring the constitutional rule.

“We hope that all sides would use the existing opportunities for dialogue and de-escalation of the situation,” he added.

“The declaration of independence voted on today in the Catalan Parliament is a breach of the rule of law, the Spanish constitution and the Statute of Autonomy of Catalonia, which are part of the EU’s legal framework,” a written statement said.

“No one in the European Union will recognize this declaration. More than ever, it is necessary to re-establish legality as a basis for dialogue and to guarantee the freedoms and rights of all Catalan citizens,” he added.

The United Kingdom also refused to recognize “the Unilateral Declaration of Independence made by the Catalan regional parliament”.

The prime minister’s official spokesperson said the declaration was based on a vote that was declared illegal by the Spanish courts, adding “We continue to want to see the rule of law upheld, the Spanish Constitution respected, and Spanish unity preserved”.

“I have always said that I have one interlocutor in Spain, it is Prime Minister Rajoy,” Macron told journalists on the sidelines of a visit to French Guiana.

“There is the rule of law in Spain with constitutional rules. Mariano Rajoy wants these rules to be respected and he has my full support,” Macron added.

French Foreign Minister Jean-Yves Le Drian said in a statement that he was observing with concern the developments in Catalonia.

“France wants Spain to be strong and united. There is only one interlocutor, which is the Government of Madrid. The constitution of Spain must be respected. It is therefore within this framework, which is that of the rule of law, that the question of Catalonia must be considered,” Le Drian said.

“This is why France does not recognize the declaration of independence that the Catalan Parliament has just adopted,” he added.

“Serbia supports the territorial integrity of Spain, and this act is incompatible with the Spanish constitutional system,” he said.

NATO Secretary-General Jens Stoltenberg, in a written statement, called the Catalonia issue “a domestic matter which should be resolved within Spain’s constitutional order”.

“Spain is a committed ally, which makes important contributions to our shared security,” he said.

Council of Europe Secretary General Thorbjorn Jagland has also tweeted about the issue, said: “The unity of Spain must be protected. Any unilateral action for independence goes against what I believe in: Constitutional Order.”

In a written statement, State Department spokesperson Heather Nauert supported Spain, saying that both countries have a great friendship and an enduring partnership.

“Catalonia is an integral part of Spain, and the United States supports the Spanish government’s constitutional measures to keep Spain strong and united,” Nauert noted, saying that both countries cooperate closely to advance their shared security and economic priorities.

The White House Spokesperson Sarah Huckabee Sanders also commented about the issue, saying that the White House echos the State Department’s statement and reiterates their support for a unified Spain. 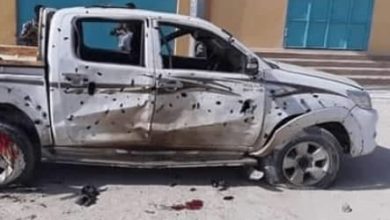 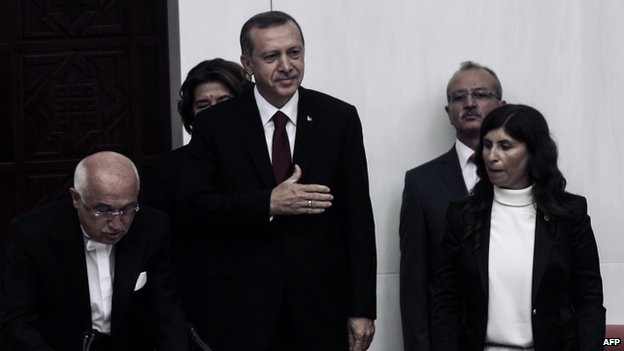 President Erdoğan is scheduled to visit Djibouti 24 with a large group of ministers, bureaucrats and businessmen.