Some of the traditional elders residing Galkayo town in Gal Mudug State accuses the Ethiopian government of being aware of the killings that place along her border with Galgaduud region of Somalia.

Peacemaker Ali Diriye Aloore who is one the traditional elders said killings are reoccurring in Kahandaale location and the perpetrators are believed to hail from locations on the Ethiopian side of the border.

The federal government and the regional Gal Mudug administration has to find solution for the frequent killings in the earliest possible time by communicating with the Ethiopian government lament the traditional elders.

“First what happened in Kahandaale location is known to Ethiopia. They accepted the return of the migrated people peacefully to Somalia before. What is killing people is Lui Police under Ethiopian rule. We need the Federal government to speak to Ethiopia on the killings of the citizens regarded as trivial. Similarly it is onus upon Gal Mudug administration to initiate communication with Ethiopia too” Peacemaker Ali.

It was yesterday on Tuesday when local armed militiamen killed four people in Kahandaale location, Galgaduud region and the attackers are said to be from the “Western Somalia” as locally known i.e. Ethiopian Somali Regional State. 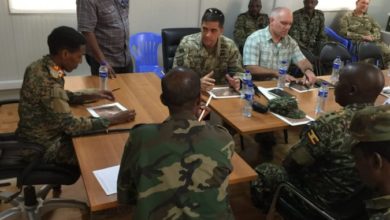 Torrential Rains Kills One in Mogadishu