The trial of 13 men accused of involvement in attacks that killed 76 people in Uganda nearly five years finally got under way on Tuesday.

The July 2010 suicide bombings targeted football fans watching the World Cup final at a restaurant and a rugby club in the capital, Kampala. Somalia’s al-Qaida-affiliated Shebab militants claimed responsibility for the attack, the group’s first outside Somalia.

On Tuesday, 13 men appeared at Uganda’s High Court to face a range of charges including terrorism, murder and membership of a terrorist organization.

“The trial of the accused persons has been long overdue,” said Justice Alfonse Owiny Dollo at the opening session of what is set to be a long trial involving dozens of charges.

Dollo said the nearly five-year delay was because the suspects had challenged their trial, alleging illegal rendition and torture by Uganda’s police and other security agencies.

In October the Constitutional Court dismissed the petition, clearing the way for the trial to begin.

Dollo said the trial would now be “fair, speedy and above board.”

The accused men — seven Kenyans, five Ugandans and one Tanzanian — have all been charged with terrorism, murder, attempted murder and being accessories to terrorism.

On Tuesday all but one were also charged with belonging to the Shebab group.

The July 2010 attack was one of the deadliest by the Shebab, who also carried out the 2013 assault on the Westgate Mall in Nairobi, Kenya, killing at least 67 people.

Uganda and Kenya contribute thousands of soldiers to the African Union Mission in Somalia (AMISOM), which was established to fight the Islamists and protect the internationally recognized government.

Shebab continues to target both countries. Kenya has been hit by a string of armed attacks in the remote northeast of the county. In September Ugandan security forces seized suicide vests and explosives during a raid on a suspected Shebab cell in Kampala.

Tuesday’s trial was adjourned until Thursday.

Technical committee: The statement issued by top Somali leaders will not the state formation conference 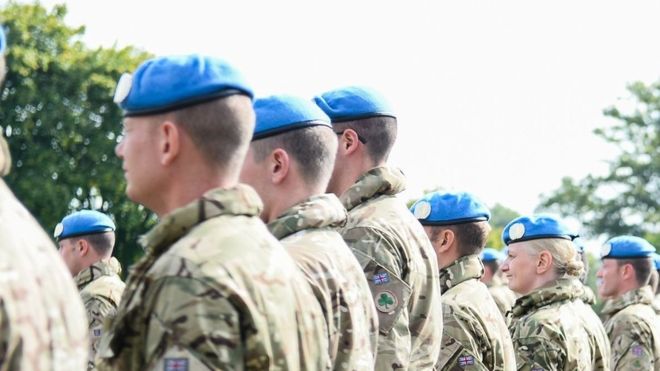