Emmanuel Macron was elected French president on Sunday with a business-friendly vision of European integration, defeating Marine Le Pen, a far-right nationalist who threatened to take France out of the European Union.

The centrist’s emphatic victory, which also smashed the dominance of France’s mainstream parties, will bring huge relief to European allies who had feared another populist upheaval to follow Britain’s vote to quit the EU and Donald Trump’s election as U.S. president.

With virtually all votes counted, Macron had topped 66 percent against just under 34 percent for Le Pen – a gap wider than the 20 or so percentage points that pre-election surveys had suggested.

Even so, it was a record performance for the National Front, a party whose anti-immigrant policies once made it a pariah, and underlined the scale of the divisions that Macron must now try to heal.

After winning the first round two weeks ago, Macron had been accused of behaving as if he was already president; on Sunday night, with victory finally sealed, he was much more solemn.

“I know the divisions in our nation, which have led some to vote for the extremes. I respect them,” Macron said in an address at his campaign headquarters, shown live on television.

Later he strode alone almost grimly through the courtyard of the Louvre Palace in central Paris to the strains of the EU anthem, Beethoven’s Ode to Joy, not breaking into a smile until he mounted the stage of his victory rally to the cheers of his partying supporters.

His immediate challenge will be to secure a majority in next month’s parliamentary election for a political movement that is barely a year old, rebranded as La Republique En Marche (“Onward the Republic”), in order to implement his program.

Outgoing president Francois Hollande, who brought Macron into politics, said the result “confirms that a very large majority of our fellow citizens wanted to unite around the values of the Republic and show their attachment to the European Union”.

Jean-Claude Juncker, president of the European Commission, told Macron: “I am delighted that the ideas you defended of a strong and progressive Europe, which protects all its citizens, will be those that you will carry into your presidency”.

Macron spoke by phone with German Chancellor Angela Merkel, with whom he hopes to revitalize the Franco-German axis at the heart of the EU, saying he planned to visit Berlin shortly.

Trump also tweeted his congratulations on Macron’s “big win”, saying he looked forward to working with him.

The euro currency EUR=EBS, which had been rising for two weeks as the prospect receded that France would elect an anti-EU president, topped $1.10 in early Asian trading for the first time since the U.S. elections.

MP Aabi: We shall continue with the motion 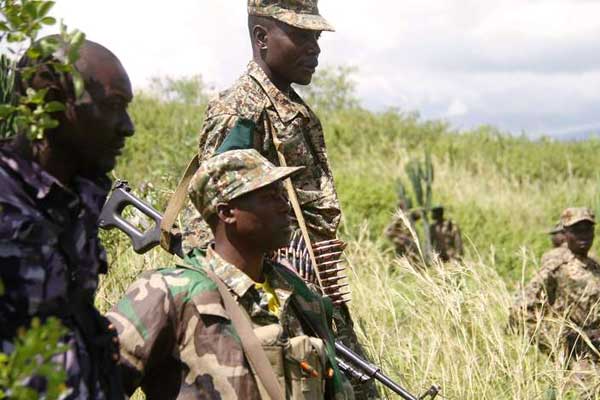