Sources said the district official was gunned down in a shooting incident between security forces at a junction between Howlwadag and Warta Nabada district in the capital Mogadishu.

It was not immediately clear if he was targeted or was a victim of a stray bullet.

Dhegajuun had earlier in the day posted a statement on his Facebook page indicating he had just arrived in the country and was ‘ready for work’.

The deceased official survived an IED attack on his car last November in Mogadishu and was flown to Turkey for treatment. 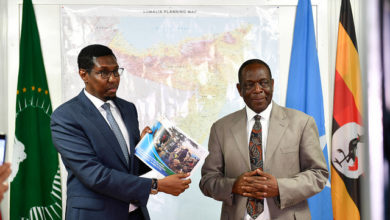