When Abdikarim Muse, a senior known ONLF operative hiding in Somalia was extradited by the government of Somalia, there was, predictably, hue and cry.

Somali politicians, including former Prime Minister Abdi Rashid Ali Sharmarke, social media activists, among a host of dissenting voices said it was legally and morally reprehensible to extradite a Somali citizen to a historical enemy country known to torture and kill dissidents.

Abdikarim Muse, also known as “Qalbi dhagax”, was captured when he travelled to Adado town in Galmudug region for family matters. Initially, he was thought to be an Al shabab member, a militant group fighting against the Federal government and the African Union Forces.

However, when his name was checked against a database of what Ethiopia calls terrorist groups, it emerged he was actually in the list. Under unclear circumstances, the Somali security forces in complicity with regional militias extradited him to Ethiopia.

On it is part, the Somali government kept silent about the matter but as public pressure mounted, the cabinet hastily convened an extraordinary meeting, and, in the end, released a statement. Citing, two previous agreements signed between the governments of Ethiopia and Somalia, in 2015 and 2016, during the last days of Hassan Sheikh Mahmud’s government, the cabinet declared Muse a terrorist leader with known ties to Al shabab.

The statement was immediately rebuffed by ONLF, which seeks the independence of Somali region under the control of Ethiopia and is considered by Ethiopia as terrorist organization.

While extradition of a Somali national, more so a veteran of 1977 Ogadenia war is morally indefensible, looking at the wider context of current geopolitics, there is little the Somali government can do if a  belligerent and, by far militarily superior Ethiopia demands extradition of an ONLF member.

Darling of the west

Currently, Ethiopia, a country ruled by minority Tigray dictatorship and a darling of western superpowers, is superior to Somalia politically, economically (its economy is the largest in East Africa) and militarily, with its military receiving large AID from western powers while Somalia is under UN arms embargo, any contest between the two would produce only one certain outcome: a crushing defeat for Somalia diplomatically or militarily.

And Ethiopia has demonstrated that beyond any reasonable doubt.

In the 25 years since the collapse of Siad Barre government-which invaded Ethiopia and defeated it initially with the help of Soviet arms and Cuban forces, Ethiopia, on the pretext of fighting Islamist groups, while receiving overt military support from western powers, invaded Somalia several times.

Most notable, which still haunts the collective psyche of the Somali people is when, unprovoked, it rolled its tanks across the border crushing Islamic Courts Union, a benevolent group that ruled much of southern and central Somalia during a period of peaceful six months. In addition, Ethiopia has close relations with all the regional governments, bypassing the federal government in its dealings with them.

And when it comes to Somaliland, they are allies in any future war against Somalia.

With its forces part of AMISOM in addition to other forces operating outside the realm of AMISOM, Ethiopia has leverage over Somalia that is the envy of any country, even the Federal government. Given its close relations with all actors in Somalia, Ethiopia can easily force the Somalia government to extradite any one it deems a threat to its national security.

To forestall embarrassing episodes like the one above happening, the Somali government, to its credit, pursued a policy of close diplomatic engagements with Ethiopia publicly, while behind the scenes, it pressured Ethiopia to reduce its nefarious interference in the internal affairs of Somalia.

By pursuing a policy of close relation in the short term, while, potentially, in the long forcing Ethiopia to stop it’s meddling of the internal affairs of Somalia, the Farmaajo government is moving in the right direction, albeit with a caution.

Instead of perorating the government for that which is beyond its ability, let us celebrate the good work they have over the last six months, chief among them the impressive stabilization of Mogadishu.

Dr. Abdirzack Ali is a medical practitioner and a political analyst based in Nairobi, Kenya. He can be reached via: abdizak07@gmail.com 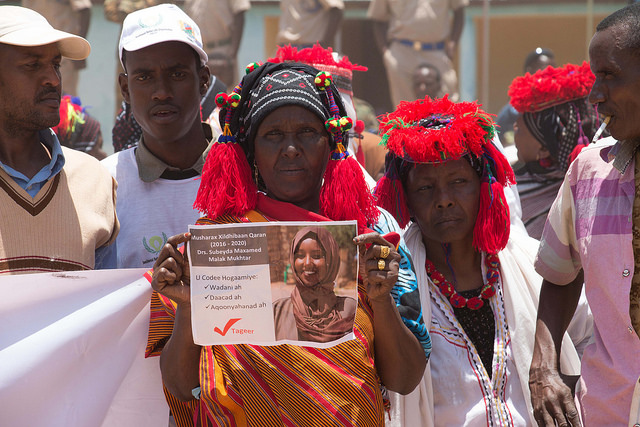 Commentary and Analysis: The 2016 Somali Elections- A Primer