In late January, while FAO was launching its annual livestock vaccination and treatment campaign with various government institutions across Somalia, nobody could imagine the rollercoaster of a year that 2020 would become. COVID-19, floods and security were unknowingly set to complicate the implementation of this animal health campaign, while the country was on the cusp of declaring a national emergency due to the worst desert locust upsurge in 25 years.

Nevertheless, vaccinations and treatments could not be postponed or delayed. Protecting livestock is key not only for Somalia’s fragile food security, but also “imperative for an economy that largely depends on livestock, especially when approaching the Holy month of Ramadan and Pilgrimage” says Dr Khalid Saeed, Livestock Sector Coordinator for FAO in Somalia.

The campaign focused on contagious caprine pleuropneumonia (CCPP), a disease that severely affects the productivity and survival of goats, with a high mortality rate. Funded by USAID, the European Union (ECHO),UKAID/DFID and Germany, the vaccination and treatment campaign’s main aim – for both CCPP and other diseases – was to protect the remaining livestock of many rural Somalis, following the 2016-17 drought crisis and other severe climate shocks. The campaign particularly assisted the most vulnerable households, which tend to mainly keep goats. On average, vaccination against CCPP costs USD 0.40.

The cost of replacing a dead animal because of the disease ranges from USD 40 to 50. “So, it is fair to say that vaccinating goats and sheep is around 100-times more cost-effective than replacing a lost asset,” says Dr Khalid. Importantly, the animals saved thanks to these campaigns are the main source of food and income for poor pastoral families. This includes the daily milk supply, which is especially vital for the nutrition and well-being of children and lactating mothers.

Livestock in the Somali economy

The export of livestock and livestock products, as well as local high consumption, plays an important role in the country’s economy. Every year, Somalia exports two to three million animals to countries like Oman, Saudi Arabia, United Arab Emirates and Yemen, in addition to the significant cross-border trade with Kenya. Livestock is estimated to account for roughly 40 percent of Somalia’s GDP and involves, directly and indirectly, as much as 60 percent of the workforce. Annual countrywide treatment and vaccination campaigns are therefore fundamental to protect and strengthen Somalia’s livestock sector and food security.

FAO further supports the Government and local communities in strengthening animal health surveillance, animal production and the development of a solid and resilient value chain, including activities such as beekeeping, fodder production and capacity development in marketing.

The animal health campaign was already underway in many areas when COVID-19 emerged in mid-March in Somalia. FAO quickly adapted its operations to take all necessary precautions and preventive measures, following World Health Organization and Government COVID-19 guidelines, and so managed to carry on with the countrywide campaign. The challenge was not only ensuring that everybody would wear protective gear but also coming up with imaginative ways to respect social distancing while vaccinating a large number of goats.

Heavy rains and floods in April, during Somalia’s Gu season, added an extra layer of difficulty in completing the vaccination and treatment campaign. Floods across the country displaced more than 400 000 people, according to OCHA. FAO managed to reach out to pastoralist communities that remained cut off for some days in the Bari, particularly in the Qardho area, and Toghdeer regions. Flooding also affected the logistics operations of the field teams, which had to be quickly reorganized.

Inaccessibility to some areas due to insecurity and conflict was another challenge to overcome. FAO had to make sure that livestock keepers living in inaccessible areas were also reached. In Middle Juba, for example, implementing partners coordinated with beneficiaries to have their animals vaccinated and treated in neighbouring towns, at the border with Lower Juba and Gedo. In Middle Shabelle, the campaign had to be suspended for several days due to a series of terrorist attacks perpetrated on African Union Mission to Somalia peacekeeping forces and the Somali National Army, but safely resumed and concluded after a few days.

By the end of April, and despite all obstacles along the way, FAO successfully completed the vaccination and treatment campaign. A total of 14.5 million goats have been vaccinated countrywide against CCPP, and another 3.5 million animal heads treated against parasites, infectious diseases and external wounds in Banadir, Puntland and Somaliland. “This campaign has benefitted both pastoralists and agro-pastoralists who could not have otherwise accessed or afforded vaccinations or treatments, especially during these uncertain times when the Covid-19 pandemic has crippled economies worldwide,” explains Dr Khalid.

A far-reaching campaign thanks to a collaborative effort

The success of this campaign comes as a result of a great collaborative effort among many stakeholders. “We faced some important hurdles but with the help of the local implementing partners and line ministries, coupled with our determination, we managed to reach all the beneficiaries including those in inaccessible areas,” says FAO’s livestock sector coordinator Dr Khalid. The campaign was carried out together with Somalia’s Ministries of Livestock at Federal and State levels.

In southern and central Somalia, it was implemented on the ground by Livestock Professional Associations under the supervision of the ministries. In Somaliland and Puntland, the relevant Ministries of Livestock implemented the activities directly. FAO staff, who included field monitors and third-party monitors, supervised all field activities. All stakeholders such as local authorities, elders, and pastoralist and agro-pastoralist communities were involved in planning and community awareness activities before and during the campaign. 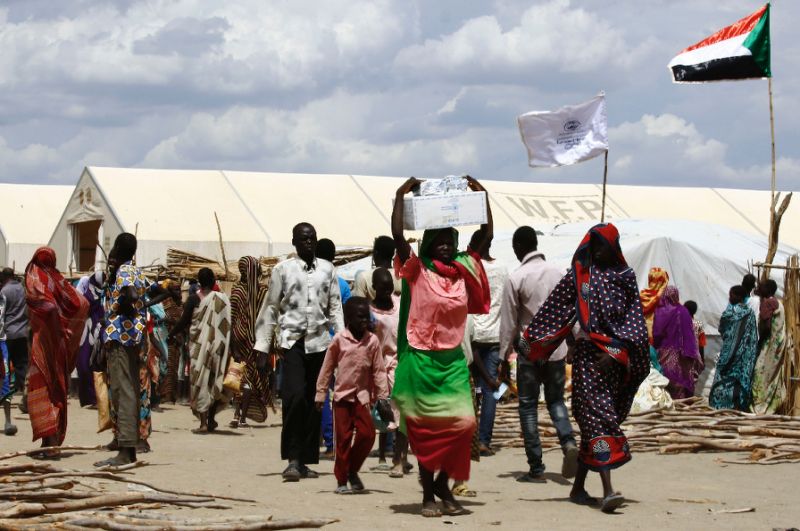 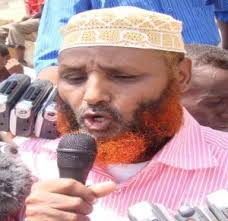 Mohamed Hassan Haad: “ it is impossible for government to hold elections 2016”