The administration of Semi-autonomous regional has commented on the estimation of population of Somalia report issued by Somali ministry for planning together with the United Nation which was showing there are more than 12 million residents in Somalia.
Ali Ahmed Fatah, Puntland Minister for planning and International Cooperation addressing the media in Garowe said that the estimation population report was not accurate and was released without doing mull.
He added that they discussed with Somali Minister of Planning and International Cooperation on the population estimation survey as to confirm the accuracy of the report.
Fatah pointed out that figure that had been released is not describing accurately the number of people in Puntland state and that his ministry launched report showing residents living in Puntland.
Meanwhile, Puntland ministry of planning has launched a report about the estimation of population of Puntland, the report shows that there are 4,284,633 people in Puntland State. 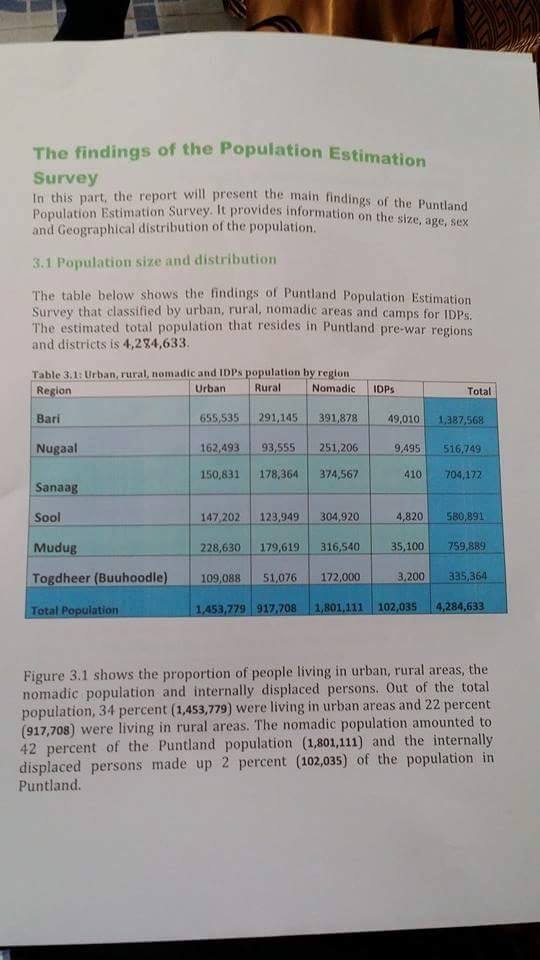