Every week, roughly $1bn is sent out of the US by people helping to support their families in other countries – mostly in Latin America and Africa. And every week, armoured vans pick up millions of dollars worth of these cash “remittances” and drive hundreds of miles to deposit the money at the nearest branches of the US Federal Reserve.

When the vans reach the Fed branches, the funds are wired to a tiny West Coast bank called Merchants Bank of California, the last US lender still doing business with many of the small companies that handle remittances.

Aden Hassan, an executive at Minnesota-based Kaah Express, says remittance companies like his are forced into this time-consuming and costly process because they have been almost completely excluded from the banking system. “Since 2004 and 2005, major US banks have started dropping money services businesses, so they became reliant on smaller state-based banks until they also started closing accounts and it was only Merchants Bank of California left,” he says.

As regulators have cracked down on money laundering and terrorist finance, banks have severed their ties with many clients in developing nations in an attempt to limit the risk of being hit by massive fines. The banks and other critics say this carries an unintended humanitarian cost by adding charities and non-governmental organisations to the ranks of the “de-banked”.

The issue has shot up the agenda after a number of high-profile cases highlighted the impact of the banks’ increased risk aversion, notably on the flow of remittances to poor countries such as Somalia. This issue is likely to be discussed at meetings of G20 countries this week in Brisbane, Australia, where ministers will also tackle the problem of lenders that are “too big to fail”.

The debate comes after another bruising year for global banks marked by large fines – the latest of which is the $4.3bn punishment by regulators this week against six banks for their role in foreign exchange rate-rigging. The scandals have blunted the banks’ arguments that post-crisis rulemaking is hurting vital segments of the economy, such as mortgage lending in the US.

Yet the banks, and sometimes governments, have accused regulators – particularly in the US – of zealous over-reach. Earlier this year BNP Paribas paid $8.9bn in penalties for breaching sanctions on Sudan, Iran and Cuba over many years, prompting French president François Hollande to complain to US President Barack Obama about the treatment of his country’s biggest bank. HSBC and Standard Chartered have also paid large fines as part of settlements with the US authorities over money laundering allegations.

Douglas Flint, chairman of HSBC, warned earlier this year that there was “an observable and growing danger of disproportionate risk aversion creeping into decision-making” at Europe’s biggest bank by assets. Two years ago, HSBC began withdrawing from several countries and activities it considered too risky after paying $1.9bn in fines to US authorities and admitting that it processed drug-trafficking proceeds through Mexico and transmitted funds from sanctioned countries such as Iran.

The cost of the regulatory demands being placed on big banks was laid bare by Jamie Dimon, chief executive of JPMorgan Chase, who said in a letter to shareholders this year that the bank had spent $2bn and hired 13,000 staff to beef up its handling of regulatory issues and compliance after paying more than $20bn in legal penalties last year.

Given the rising costs of complying with new regulations and the risk of big fines if anything goes wrong, bankers argue the risk-reward balance is skewed against providing services for less lucrative clients.

Banks are reluctant to handle payments for organisations such as African remittances companies or Muslim charities, for example, because of the risk the money could end up in the wrong hands, such as terrorist groups al-Shabaab in Somalia or the Islamic State of Iraq and the Levant (Isis).

“From my point of view, there is an orange suit sitting in the US and the
regulator is saying it’s there waiting for me,” says one European banking chief executive.

The “de-risking” phenomenon has triggered concerns at the highest level of regulatory policy making. Mark Carney, the Bank of England governor, said in Basel on Monday that the topic was due to be discussed at G20 level as he warned of the possibility of “parts of the world being unbanked or less actively banked” and called for better co-ordination between regulators.

Sir Sherard Cowper-Coles, senior adviser to HSBC, said at a recent conference that banks were engaged in a “pre-emptive cringe in front of regulators” that may leave parts of the world cut off from the global banking system. “While there may be a public interest benefit in these withdrawals, there may also be cost,” he says.

A survey of 17 clearing banks in a report by organisations including the British Bankers’ Association says thousands of correspondent banking relationships have been closed since 2011. The average decline in the number of relationships was 7.5 per cent, with two banks severing a fifth of their links, according to the findings presented at meetings of the Financial Action Task Force in October.

Research from the International Chamber of Commerce suggests a major impact on trade finance. Drawing on the responses of 298 banks in 127 countries, it found that anti-money laundering and “know-your-customer” requirements had led to 68 per cent of surveyed banks declining transactions in 2013. Africa was the hardest hit, and small and medium-sized businesses were the most acutely affected sector.

Some of the highest-profile problems have been in the field of remittances, with countries such as Somalia suffering from banks’ unwillingness to expose themselves to the danger of illicit flows of finance. Remittance payments are critical to poorer countries – comprising up to a third of their GDP – and are on track to reach $436bn this year, according to the World Bank.

Daniel Glaser, the assistant secretary for terrorist financing at the US Treasury, says: “We take seriously concerns that some money transmitters are having difficulty obtaining or maintaining bank accounts and that some banks are no longer providing banking services to money transmitters, regardless of risk.”

This week the US Financial Crimes Enforcement Network warned that banks were “indiscriminately terminating” accounts of money transmitters. The UK Money Transmitters Association estimates nearly 85 per cent of UK-based authorised payment institutions focused on money remittance across borders have either no access or limited access to a bank account. “It’s a real problem and we are not making any progress on this,” says Dominic Thorncroft, UKMTA chairman.

The cause célèbre of the UK remittance industry is Dahabshiil, a leader in transmitting money to Africa, which mounted a successful legal challenge against Barclays’ decision to close its account last year. Barclays was the last big UK lender to deal with many remittance companies and faced a campaign to reverse its decision led by Somalia-born British athlete Mo Farah. Yet Dahabshiil eventually agreed an out-of-court settlement with the bank and made alternative banking arrangements.

Scott Paul, senior humanitarian policy adviser at Oxfam America, says similar problems to those in Somalia are likely to grow in other developing countries. For banks, “it is a case of non-negligible risk and negligible reward”.

Mr Sharif warns that if Muslim charities are seen as being excluded from the banking system it will drive money underground, citing the example of people carrying cash to Syria and Gaza. “We have gone from making suggestions to needing solutions on this otherwise the situation is going to become dramatic.”

Regulatory officials stress the need for caution in interpreting the noise from the banking sector. While there is a welter of anecdotal evidence of banks severing relationships, it is not clear how much of this is because companies are suffering low profits and are seeking to cut out less remunerative business lines. Roger Wilkins, president of the Financial Action Task Force, argues de-risking is a “fig leaf” for banks that are seeking to ditch uneconomic clients.

Jean Pesme, who manages the World Bank’s financial market integrity unit, says: “We are concerned there may be a little bit of overreaction and risk avoidance, rather than risk management.”

And some banks’ losses may be other companies’ gain. Hank Uberoi, chief executive of payments company Earthport, says the traditional correspondent banking model is “complicated and incredibly expensive” as well as prone to error when it comes to moving small sums of money across borders. His company offers big banks a service transferring large volumes of payments between 63 countries, cutting out the need for chains of correspondent banks.

Another company sidestepping the banks is TransferWise, a British low-cost money transfer start-up founded by two Estonians in 2011. It matches people seeking to send money in different currencies – keeping the transaction outside the official clearing system.

One day these innovators may find ways to fill all the gaps left by risk-averse banks. But until then governments are looking at ways to help.

The UK Treasury is working with the World Bank to create a “safer corridor” to ease the flow of remittances to Somalia by establishing robust checks to trace the funds. Sir Brian Pomeroy, chairman of the UK’s Action Group on Cross-Border Remittances, says the safer corridor to Somalia is expected to launch early next year and could be rolled out to other countries if successful.

In the meantime, banks keep retrenching. Australia’s Westpac caused a storm in the country’s Somali communities after the bank said it would this month stop being the last lender to handle transfers to the east African country. Back in Minnesota, Mr Hassan says US remittance companies are also on edge after Merchants Bank of California threatened to close their accounts.

“We’re having to downscale operations in entire states because of the lack of banking options,” says Mr Hassan, adding that regulators put pressure on the few banks still dealing with Kaah Express by increasing their contribution to a Federal deposit insurance fund and doing more frequent inspections. “Every day it gets tougher.”

Julia Groves is trying to stay calm. The chairwoman of the UK Crowdfunding Association is explaining the many ways that banks obstruct the growth of start-ups in the UK’s fast-growing financial technology sector, writes Martin Arnold.

As well as closing the bank accounts of crowdfunding companies and digital currency operators, lenders are also refusing to grant them merchant identification to allow them to take direct debit payments, says Ms Groves.

“The reality is that banks have little incentive to support these small, innovative new forms of finance that are coming to market,” she says.

Her own company, Trillion Fund, a crowdfunding platform for renewable energy projects, is in the final stages of a protracted negotiation to gain a merchant ID from Barclays that she says is a crucial step in its development.

The financial technology industry raised the issue at a round table event with the government earlier this year, which Ms Groves attended, urging action to force the banks to cater for them. Dozens of fintech businesses have told the FT they had experienced difficulties, particularly with HSBC and Barclays, and they said the problems had worsened this year.

The actions of the banks seem at odds with chancellor George Osborne’s aim to make the UK a “fintech hub”. Mr Osborne has promised legislation to force banks that reject loan applications from small and medium-sized companies to refer them online to alternative sources of funding, such as peer-to-peer lenders and crowdfunding platforms.

“The fundamental challenge – if you take the hysteria out of it – is that we are regulated and have to do compliance and anti-money laundering checks, and yet the banks feel they have to be responsible for doing the same checks,” says Ms Groves.

The UK alternative finance market has grown to £1.74bn this year, a 161 per cent increase on 2013, according to a report from Nesta, the think-tank, and the University of Cambridge last week.

Restrictions at RBS and HSBC on doing business with the money services sector do not include crowdfunding companies. 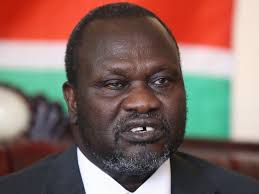 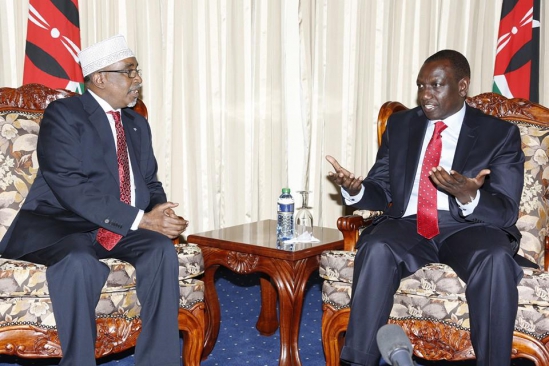 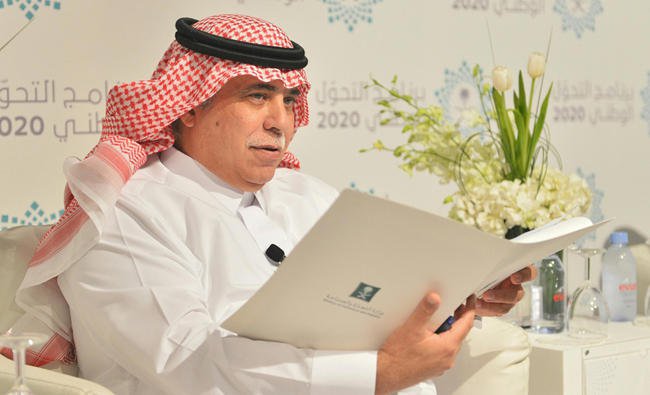