If you are in Mogadishu, it is most likely that you have participated in a Youth forum, whereby they usually invite an elder, from who they can take notes of wisdom and experience.

Whenever an old man attends and gets the chance to speak at such youth gatherings, he always poses a question. A familiar one- he asks the youth, what the reason behind their idleness is. The old people always ask the youth in attendance why they are settling for less than what the 13 SYL youth league members who championed for the independence of country settled for.

The Somali Youth League was a group of self-created freedom fighters who fought against the Italian colony in many ways, whether it was poetry and or direct fight. They never had any university degrees let alone, modern technology but they managed to leave an unforgettable legacy behind them. The modern youth have all kinds of opportunities and privileges that their previous counterparts didn’t get; be it modern education, vibrant social media but they nonetheless fall short of what SYL achieved.

I have been trying to dig more into the root causes of divisions amongst the Somali youth. What is holding them back include: Local vs Diaspora, tribalism, and regional disorientation.

The most damaging division relates to Local vs. Diaspora. In 2012, when the government forces pushed Al-Shabaab out of the city, and the breeze of peace swept through Mogadishu, many diaspora Somalis came to the city. They started businesses, occupied important government positions from District Commissioner to the President. It is believed that four out of every five advisors in the government have foreign passports. This has further created inequality.

The locals are always hustling, they are unemployed or suffering from underpayment or poor working conditions, whilst on the other hand, diasporas don’t worry about primary needs as they have been registered for social security benefits in their countries of emigrational settlements, whereby at the end of each month they collect their welfare, they have a good time to think of a business to invest into or well-paying government jobs to land on, and they don’t settle for something less.

More often than not, the Diaspora come back with high expectations. They always compare Somalia with the countries they come from, expecting universities to have high quality producing agile and high-skilled graduates. It is like expecting contemporary Afghanistan, Iraq, Syria, and Libya to have high ranked universities, or expecting everything good from a country that you have run away for your own safety. They always utter remarks that annoy the locals, question their talents and competence, calling them utterly inept.

However, the grass is not any greener on the other side as it seems the locals have been sucked into the political chaos of the country. They don’t invest in themselves enough to compete against their counterparts in the global world. They run for political positions so early that they don’t meet the threshold of those offices, apply for jobs whose basic requirements and specifications they don’t meet.

To put it bluntly, few of them can truly reflect a true image of the degree credentials they are claiming to own. Some of them establish so-called universities in small rented houses and give degrees to other youth. Suffice to say that in the country especially in Mogadishu alone, there are 50+ universities, but only very few of them can meet the set standards. Unfortunately, most of the youth prefer to join those universities which satisfy their greed, those which don’t demand much commitment. In short, they don’t want to pay the price for quality university education.

In addition, tribalism is another key device of divisions among the Somali youth. They say a person should be loyal to their clan.  Somalia is one of the countries in the world where the clan is the only Social insurance system the person can rely on. There are indeed many youth who got schooled by a clan’s contribution and later when they got their degrees, it was the same clan that gave them their first job.

But still there are youngsters who single-handedly managed their life, paid their university fees, and finally managed to get a job on their own, but still, they are too attached to their clan. It is like applying the famous Somali proverb that, “no preacher will walk into paradise alone without his clan” which means a person can only be with his clan whether they go to hell or heaven.

We notice that during elections, you can tell the clan of the person only from his favorite candidate or his tweets and posts on social media platforms. It is not surprising to see youth coming from other regions of the country into Mogadishu for jobs or education, one thing in common is to hang out with the ones from the same region who technically are from the same clan as they, too.

In conclusion, Somalia is in post-conflict recovery mode. Sadly, though the largest part of the society-youth are divided and often used as political tools. Somali youth both local and those in the diaspora can do better. They should work together collectively for the betterment of their country. The contemporary Somali youth should use the tribalism and regionalism isms for positive energy forces; building schools, libraries, and other useful initiatives in their respective cities and regions. Lastly but not the least, both the Federal Government and Federal member states’ youth Ministries should create a support system to help youth be part of Somalia’s path to fruitful recovery and development.

Adan Bulale is a digital media guru, Citizen Journalist, and Blogger based in Mogadishu. You can reach him at bulaale30@gmail.com or through his Twitter: @AdanBulaale 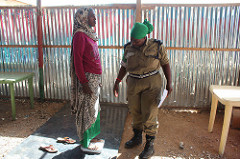 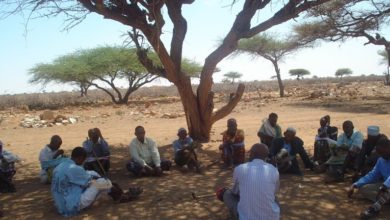 Diminishing influence of traditional elders on peace and reconciliation in Somaliland