Somalia was once the jewel of Africa.  It is a homogenous nation; united by one language, one culture and one religion.  It was also a rare democracy during the 1960s; as such, it served as a symbol of hope to African countries engaged in the struggle for independence. However, since the collapse of the military regime in 1991; Somalia has been in an utter state of disarray.  This is largely due to the unabashed pursuit for power that was driven by its male dominated clan and political leaders.

Their persistent domination and power struggle has devastated the nation by destroying whole cities, causing widespread brutality and the murder of countless civilians.  The result was a mass exodus; over a million people fled the country and what followed was a brain drain that further exacerbated the situation.  Today, approximately 2.6 million internally displaced people (who left their homes to escape violence but unable to leave the country) are scattered across the country and living in deplorable human conditions.

The new generation of Somalis are growing up in a hopeless environment without the opportunities for education that were afforded to their parents and grandparents and without a glimpse of peace, security and hope.

Between 1991 and 1994, fourteen attempts were made to form transitional governments that would be accepted by all the competing clans and their political leaders. However, each attempt led to failure because of the un-compromising nature of Somalia’s clan orientated male leaders.  The first transitional parliament was inaugurated in Kenya due to lack of security that was perpetuated by acrimonious clan divisions.  The transitional government remained in exile until it returned to Somalia in 2005. However, political infighting between competing male clan leaders continued.

Even where the new parliament would be situated became a difficult and contentious issue.  When finally a permanent parliament was formed in 2012 followed by the election of a new president, Somalis heaved a heavy sigh of relief for it was thought that it marked the end of political wrangling and insecurity.  That election was a milestone for a nation that endured decades of turmoil and instability.  Expectations were high because it was believed that a new dawn had broken in; one that would finally usher in peace and normality.

However, the jubilation and sense of hope that followed the 2012 election has dissipated and short lived as it became evident that clan-based political strife would continue to undermine national interests.  A formula devised to allow Somali clans to share power, referred to as the 4.5 formula, served as the guiding principle of the new Federal Republic of Somalia and continues to date.  The 4.5 formula didn’t enhance cooperation between the various Somali clans.  In fact it heightened the competition for clan power because it incited the desire to strengthen the influence of individual clans, thereby cementing the persistence of such allegiances while sowing the seeds of mistrust amongst its male political representatives.

Somali intellectuals and scholars have long been skeptical of the 4.5 formula arguing it was a calamitous recipe for Somalia’s future.  Abdalla O. Mansuur asserted, “clans are a product of nomadic and pastoral lifestyles and have developed intricate social and political relationships responding to the particular challenges of such livelihoods. The need for defense, water, pasture and security led to a series of fluid alliances. Clans, should not be confused with any permanent political structure.”  This is especially true as Somalia’s pastoral society changes gradually into a modern mixed market economy.   Alex de Waal rightly argued, clan cannot be taken for granted. It has been formed through violent and extractive processes at the intersection of pastoral livelihoods, military organization and spoils politics as a strategy for seeking and sustaining political power.

The late and highly respected Dr. Abdishakur A. Jowhar also warned about the dangers of tribal society and stated: “The contradictions between the sovereignty of the state, communal tribal claims of land ownership and today’s accelerating private land grab will have significant political, economic and social consequences. The boundary issue will derail any peace initiative based on tribes. It will lead to enduring wars between and within tribes into the foreseeable future. It is one of the reasons that bring about the evolutionary ramifications. The boundary-lessness of tribal society will unleash the next wave of pre-extinction Somali civil wars. Hold on to my prophetic words, “the Boundary Wars are just around the corner”.

Today, we are bearing witness to Dr. Jowhar’s prophesies as clan-based borders have been created to form federated States inside the once unified country.  The nation gradually continues to crumble as clan and political male leaders compete to gain competitive advantage over each other while ignoring the interests of the nation as whole.  This has caused skirmishes and full-scale battles to defend the so-called territorial boundaries controlled by men.  As a result, Somalia continues to weaken as its young citizens remain trapped in a bloodbath.

The 4.5 formula foments a divisive political climate instead of unifying Somalis and promoting common goals that lead to nation building.  Despite its obvious pitfalls, Somalia’s male political leadership continues to cling to this strategy.  Why? Because it suits them.  It’s precisely what gives them the power they seek.  This model and clannism in general, justifies the allocation of power and privilege based on one’s clan.

Many Somalis earn their positions by appealing to their clan which then drives them to appease their clan by increasing its power.  Those who control political power systematically distance themselves from many competent and qualified men (yes, they do exist!) and women who can add value and contribute to the reconstruction and development of the country.  The few qualified professionals who break through clan barriers don’t last long in the federal government because they are eventually replaced by much less qualified personnel who have the appropriate clan ties.

Now more than ever there is a genuine need for a merit-based system in the Somali government.  How else can Somalia move forward and develop?  How can people who are appointed to high-level government positions because of clan considerations and not because of their education, experience and/or skills, lead the nation in the 21st century?

Clannism must be replaced by a meritocratic system in order for Somalia to find its footing in today’s highly competitive global economy.  Unfortunately, the male dominated political leadership’s clan allegiances along with their inherent mistrust of each other and uncompromising nature has plunged the country into its current failed state status.

The endless political violence and prolonged absence of effective governments is further exacerbated by militia groups who exploit and benefit from the lack of a strong central government. Their existence has led to greater security risks which has also prevented foreign companies from investing in Somalia.

Opening a dialogue with Al-Shabab is a crucial strategy to achieve the badly needed peace and security for the nation. Military muscle did not work and will not work.  It is therefore high time for a soft power strategy.  Today, Somalia is hostage to outsiders as the security operations are completely outsourced and run by foreign forces since 2007.  Furthermore, because of the strategic location of Somalia, external powers play out their rivalries for their geopolitical ambitions which makes the country extremely vulnerable.

For the last 28 years the Somali male political leaders maintained a clan mindset and while doing so, wasted opportunities to:

It is therefore time for Somali women to lead their nation.  Many countries have been successfully been led by women.  Ms. Ellen Johnson Sirleaf, Africa’s first elected female head of state, brought peace in Liberia after the country was torn apart by years of civil war between male-led factions.

After the massacre of 50 Muslim people in a New Zealand Mosque, Prime Minister Jacinda Ardern offered a unique style of leadership by instituting far reaching gun reforms to save her country from further threats of sectarian hate.  Other countries also produced highly competent female heads of state including Margaret Thatcher of the United Kingdom, Angela Merkel of Germany, Mrs. Benazir Bhutto of Pakistan, Mrs. Begum Khaleda Zia and Sheikh Hasina Wazed of Bangladesh.

All of these women leaders have been effective in creating or maintaining peace, stability and prosperity in their countries.  Let’s also not forget Ilhan Omar who became the first Somali and first refugee to become a member of the US Congress and thereby showcased the strength and resilience of Somali women in general.

Somalia is shattered, its nation is bruised and badly in need of peace and stability.  Entire generations have been marred by violence, chaos and a lack of basic necessities.  This is a call to action.  A call for brave, competent and qualified woman to lead and put nationalism and the lives of the Somali people first.  It’s time to forgo the male dominated clan mentality that has caused Somalia’s downfall and failed to pull the country out of the Failed State Status.  It’s time to give women a chance to lead. 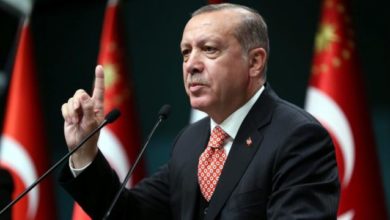 No one can take away Palestine’s lands – Turkey’s Erdogan 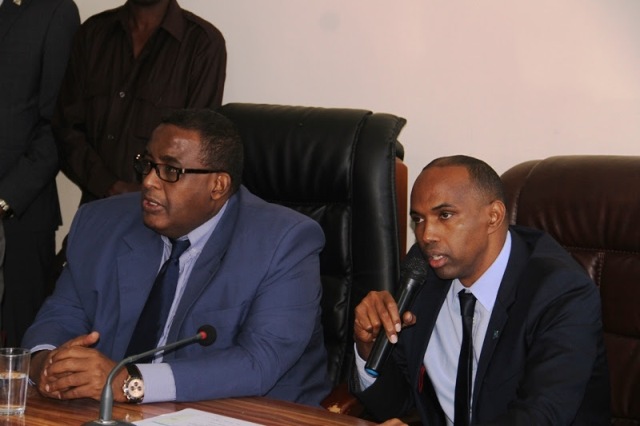 EDITORIAL: PM Khaire must settle for a competent and lean cabinet