Somalia is seeking to renegotiate an agreement that gives a company run by former British soldiers sole control over one of the world’s richest fishing grounds off the longest coastline in Africa.

The deal, signed on July 25, 2013 with Mauritius-registered Somalia Fishguard Ltd., provided the company with an “extremely high” share of the revenue compared with similar agreements and failed to detail its investment commitments, Somalia Fisheries Minister Mohamed Olow Barow, said in a Nov. 21 letter obtained by Bloomberg. Barow also questioned the length of the agreement.

The fishing contract adds to concern from United Nations investigators that the country is entering agreements that are largely unscrutinized or lack a competitive bidding process.

“The Somalia Fishguard deal is just one of several major contracts awarded by the Somali federal government without a transparent tender process and other forms of public scrutiny,” Matt Bryden, director of Nairobi-based Sahan Research institute, said in an interview on Dec. 19.

The Somalia government announced a few months ago it would be reviewing previously signed contracts to “ensure the interests of all parties is protected,” spokesman Ridwaan Haji said in an e-mailed response to questions yesterday. Haji said he was unable to comment directly on the Fishguard agreement.

The letter was addressed to Fishguard’s Chief Executive Officer, Simon Falkner, who said the contract remains valid, in an e-mailed reply to questions. The company will wait for the selection of a new cabinet following the appointment of Omar Abdirashid Ali Sharmarke as prime minister this month, before commenting further, Falkner said.

Somalia is trying to attract investors as its army, supported by African Union peacekeepers, pushes back al-Shbab from the country’s main urban areas. Somalia has been at war since the ousting of dictator Mohamed Siad Barre in 1991 and its institutions have largely collapsed.

The $920 million economy is being undermined by illegal fishing and underutilization of marine resources, limiting the country’s fish catch to an estimated 10,000 metric tons a year against a potential of 300,000 tons, Fishguard said on its website. The waters off its coastline, that runs 3,205 kilometers (1,991 miles), are rich in species that include yellow fin and long tail tuna, Spanish mackerel, sardines and lobsters, according to the UN’s Food and Agriculture Organization.

The country’s fishing industry has also been hurt by the lack of a central authority, which allowed piracy to flourish offshore. After the number of ship hijackings off Somalia fell to two last year from 14 in 2012 as a number of countries deployed warships to keep the shipping lane that passes the coast open, President Hassan Sheikh Mohamoud in June established an exclusive economic zone, or EEZ.

It gives the government maritime jurisdiction over its coastal waters as it seeks to accelerate commercial developments, including fishing as well as oil and natural gas exploration.

The government signed a number of “secret contracts” and cooperation agreements in 2013 and this year that may result in legal and ownership disputes and raise concern about a lack of transparency, the UN’s Somalia-Eritrea Monitoring Group said in a report in October. It includes the fishing deal in a list of contracts.

Somalia’s World Bank-backed Financial Governance Committee has reviewed seven contracts, ranging from oil and gas to port and fisheries management deals, that lacked clear terms of reference and had no competitive tendering process, the UN said.

The Fishguard contract didn’t specify what equipment, training and personnel the company must supply or performance targets, and makes it responsible for both fishing licensing and conservation, which poses a “potential conflict of interest,” Barow said. A copy of the contract obtained by Bloomberg confirms that.

The Fishguard deal came with a 15-year exclusivity period, above the three- to five-year industry benchmark, tax breaks, which the minister who signed the deal didn’t have the authority to award, and unclear cost-sharing, he said in the letter.

The accord was agreed on by then-Natural Resources Minister Abdirizak Omar Mohamed, who was part of a former government. The Somali prime minister’s office said it couldn’t immediately provide contact details for Mohamed.

Fishguard is run by former British soldiers, Falkner and Chairman David Walker, founder of London-based Saladin Security Ltd., a security and risk management company that operates in Africa and theMiddle East, it said on its website.

“The government believes it would be best for both parties if the service contract were replaced by a more tightly focused instrument,” Barow said in the letter, without giving more details. The government wants a detailed proposal from Fishguard for creating a Somalia Fisheries Protection Force, which is provided for in the contract, Barow said.

The Fishguard agreement should be independently scrutinized and re-examined in light of Somalia’s new Fisheries Law, which was approved by the country’s parliament in October, Steve Trent, executive director of the London-based Environmental Justice Foundation, said in an e-mail yesterday.

“There is a compelling and clear rationale for an open, independent, scrutiny of this contract before any part of it is ever implemented,” Trent said.

The government needs to bring more transparency into the award of all contracts intended to help rebuild the economy, Barnaby Pace, a Somalia researcher for Global Witness, a London-based anti-corruption group, said in an interview.

The deals “need to be conducted openly so that the Somali people can be assured that they will properly benefit from their natural wealth,” Pace said. 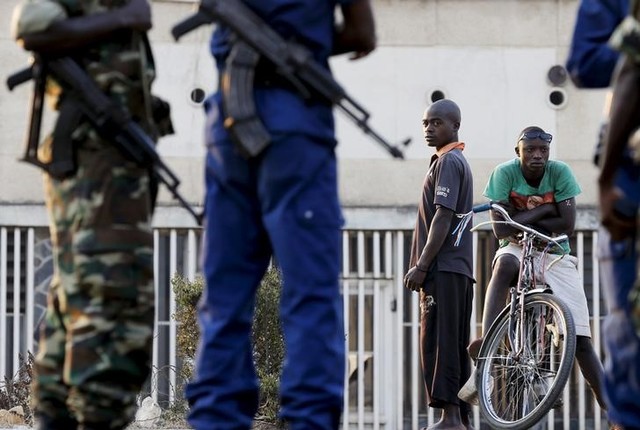 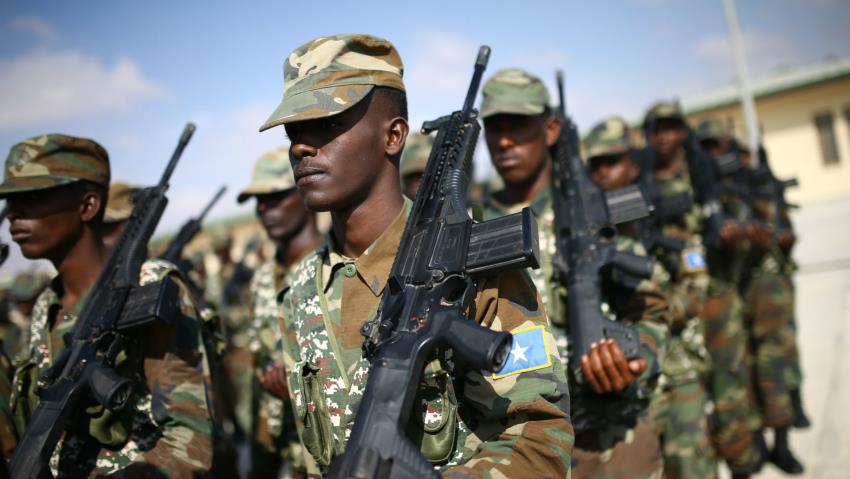 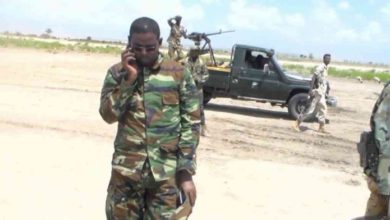