Somalia will qualify for partial debt relief in the first quarter of 2020, Finance Minister Abdirahman Beileh has said but noted the country must work extra hard to meet stringent thresholds by the IMF in the coming months.

Addressing the media in Mogadishu, Beileh said the country was on course to receiving debt relief as it crosses the ‘decision point’ point threshold under the Heavily Indebted and Poor Countries (HIPC) initiative.

“We will qualify for debt relief in the first quarter of next year,” Beileh said. “But before then, we must pass the tough tests. The IMF will come in July, October and December to monitor our progress.”

The Finance Minister also indicated Somalia’s largest creditor are the countries under the Paris Club banner which include Canada, US and some European countries whose debt amounts to $2.5 billion. Somalia owes World Bank, IMF and Africa Development Bank $1 billion, the Minister said while Arab Fund and Arab Development Fund is demanding 479 million from Somalia.

Somalia’s foreign debt is estimated at $5.4 billion meaning the remaining $1.4 billion is owed to commercial creditors some of whom have not been forthcoming in letting go debts.

Somalia qualified for grants under the World Bank’s International Development Agency in September 2018. Ability to access IDA facility is a key step under the HIPC decision point threshold.

“Following satisfactory completion of the current SMP, I am optimistic that a follow-up program can be agreed that meets one of the key requirements for Somalia to reach the Decision Point under the Heavily Indebted Poor Countries (HIPC) Initiative,” Lagarde said. 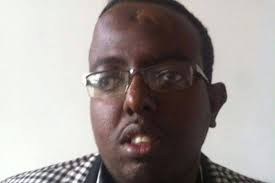 Two killed in clashes between Puntland and Galmudug in central Somalia