South Sudanese rebel leader Riek Machar was sworn in as first vice president on Tuesday, hours after he returned to the capital of Juba for the first time since conflict erupted more than two years ago.

Machar took up the post under the terms of a peace agreement reached eight months ago, implementation of which had been repeatedly delayed by disputes between Machar and the government of President Salva Kiir.

“Now that Dr. Riek has taken the oath of the first vice president, we will immediately proceed with the establishment of the transitional government of national unity,” Kiir said after Machar was sworn in at the president’s office. “I ask you to join me and my brother Riek Machar in peace and reconciliation.”

Machar was greeted by government officials, members of his SPLM-In-Opposition party, diplomats and officials from the United Nations peacekeeping mission in South Sudan, with the airport under heavy guard, a Reuters witness said.

His return is a crucial part of the peace agreement – it was Kiir’s sacking of Machar as his deputy that ignited the two-year war in December 2013, which has killed thousands and displaced millions in the world’s newest country.

“The Secretary-General calls for the immediate formation of the Transitional Government of National Unity,” Stephane Dujarric, Ban Ki-moon’s spokesman, said in a statement.

“The Secretary-General also calls on the Security Council to work closely with the Intergovernmental Authority on Development (IGAD) and the African Union Peace and Security Council (AUPSC) to mobilize all the required support for the peace process.”

Machar’s arrival had been continually postponed since the peace agreement was signed in August. Just last week, it was put off again, until international mediators intervened to end a dispute over how many soldiers and what weapons Machar would be allowed to bring with him.

“I am happy with the welcome that I have seen at the airport. I hope that with my arrival we shall finish with the obstacles and get into the implementation of the government,” Machar told reporters when he arrived.

The conflict in South Sudan split the five-year-old country along ethnic lines, pitting Kiir’s dominant Dinkas against Machar’s Nuer. The fighting turned bitter enough to prompt the United Nations to set up an inquiry into possible human rights violations.

It also disrupted the South Sudanese economy. Oil output, on which the government depends, has plummeted and many of the nation’s 11 million people have struggled to find food to eat. 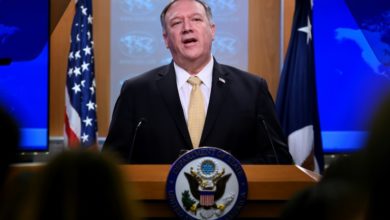 In new pro-Israel shift, US no longer calls settlements illegal

No entry to Mogadishu without clearance, govt orders army in Shabelle regions