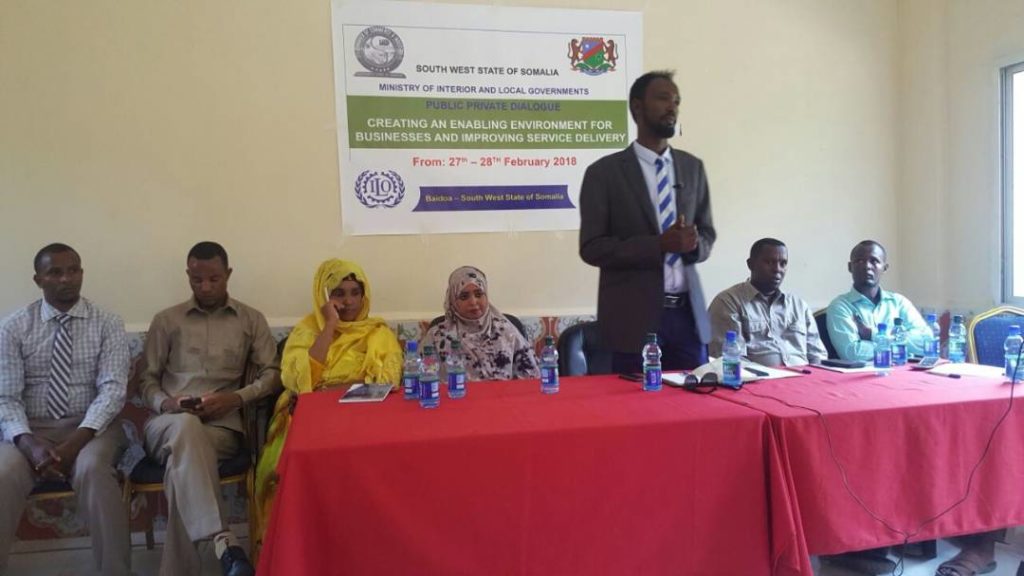 The two days workshop was attended by representatives from six South West state key ministers including interior, commerce and finance with private sector representatives and civil society groups. State Interior and Local Government Minister Mohamed Nor Madobe said the discussions provided a platform for the public and private sector to explore challenges, opportunities and build synergies for development.

“I want this discussion to push both sectors to talk about the different opportunities, and how to take advantage of them. This is also a chance to discuss challenges and how to overcome obstacles” Madobe who initiated the forum said. “Rapid  democratization is happening in South West state, we intend by the end of 2018 that all South West districts elect their mayors through communities nominated district councilors but we want to engage with private sector from the initial stages and provide enabling environment for them to help us on promotion of local economy, increase investment, create jobs and support effective service” added Minister Madobe. 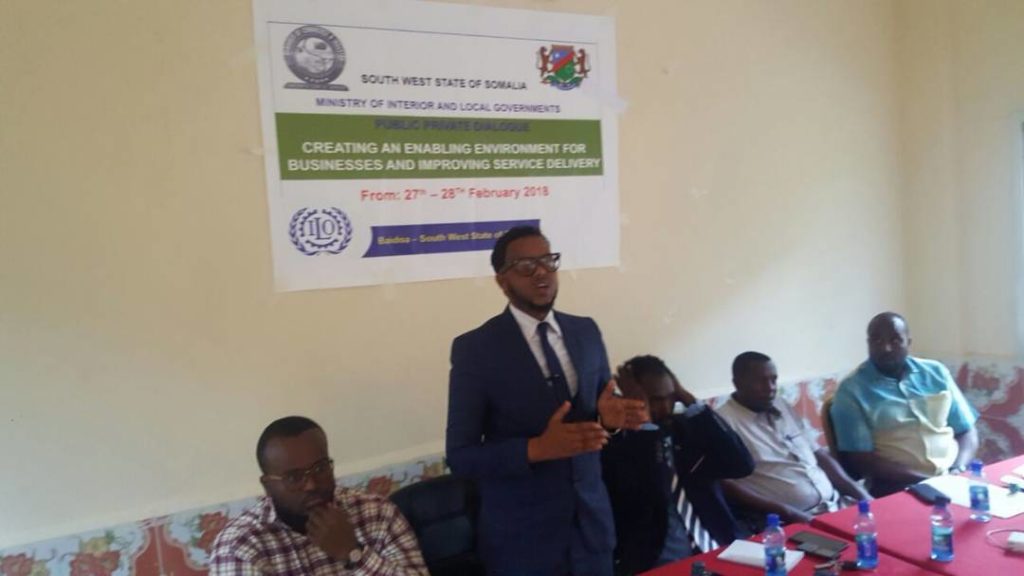 “We understand the huge burden over the shoulders of the private sector, unfortunately south west state does not have any other source of income but in return of that we ready to have genuine discussion with you, listen your concerns and accommodate where necessary” Said the director general of minister of commerce and industry south west state.

Baidoa business community raised various impediments on doing business in South West which have led to inflated prices and poor market movement in the last years. “We are only Somali business community who  pay triple taxes; to federal government, to Alshabab and to South West state despite the fact we are serving the poorest society who are mostly IDPs and drought ridden communities,” Mohamed Akhi the chairman of South West chamber of commerce said.

“But with all these pains we always face illegal money extortion, constant intimidation, killing  and unfair treatments from those we pay these unreasonable money to,” added Akhi explaining how government and many groups of the society do not appreciate their hard work and tireless  effort to sustain the state economy. 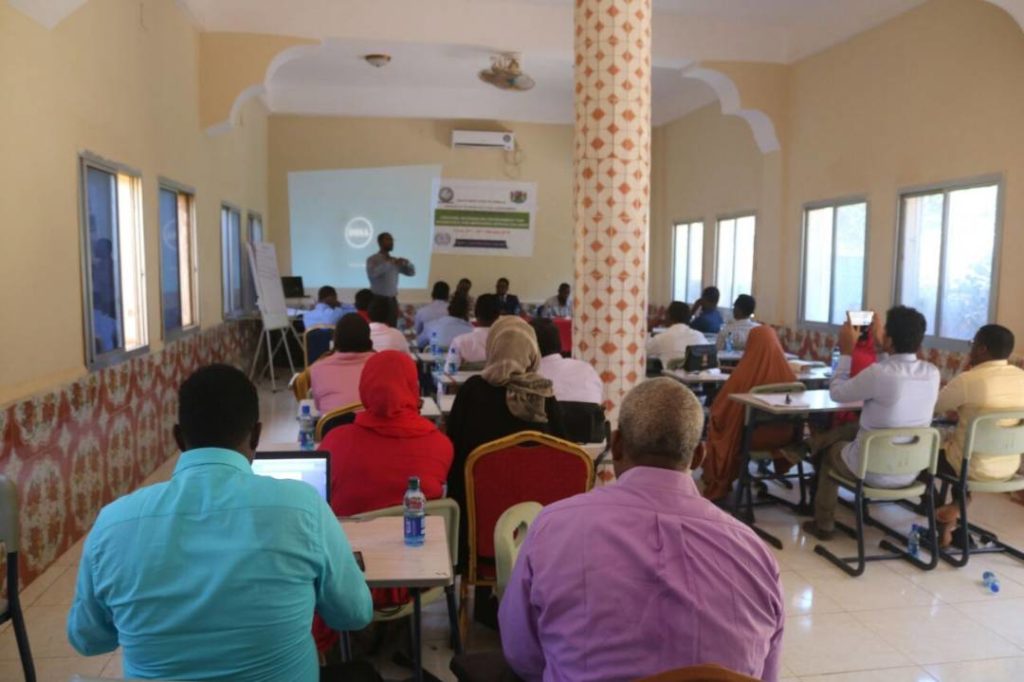 Baidoa private sector have also reported concerns of mismanagement of contracts and that most of the contracts are given to outsiders who have never endured challenges faced by the local business communiity. “ It’s like we take risks and someone harvests the benefit unjustly.”  Baidoa business community need special support including protection from external  hunters” said Haji Ali who is the deputy secretary of Baidoa small business associations. “Government should give thresholds dedicated to those who have asset in Baidoa or made certain amount of investment. Coming to South West for contracts has to carry some cost as our stay here carries cost,” Ali reiterated.

During discussions, both parts admitted cruel situation on the road between Mogadishu and Baidoa and agreed to take immediate steps to find solution for free commodities movement between South West and Mogadishu.

Alshabab have several check point in the road between Mogadishu and Baidoa district where they collect money from all the commodities to Bay and Bakool regions.

Under the public private engagement for improving local government accountability and service delivery workshop is supported by JPLG programme which is jointly  implemented by five UN agencies including ILO, UNCDF, UNDP, UN-HABITAT and UNICEF and funding from the European Union, DFID, Norway, Sweden, Switzerland and Denmark. The JPLG programme is among the most successful local governance projects in Somalia with focus on policy development, institutional capacity building and service delivery.

President Pierre Nkurunziza: Officials in jail after Burundi leader is ‘roughed up’ in game

Are vertical gardens the future of farming in Africa?

Saudi hit squad that killed Khashoggi was trained in US: report