Traders in HirShabelle state reached a deal Monday with the state finance ministry to allow use and circulation of the Somali shilling following weeks of boycott over fears of counterfeit money flooding the market.

The state acting finance minister Mohamed Mohamud Abdulle noted in a meeting with the local traders that the circulation of the shilling shall begin from today after it was rejected by the local traders for almost a week.

“The money has to be accepted across the state. We reached an agreement with the traders and public transport operators. We shall take 50% tax on Som shillings and to pay our staff on the same currency to ensure money circulation. We decreed tomorrow Wednesday 8th November 2017 for implementation of this ruling,” Abdulle said.

The local traders on their side welcomed the finance ministry’s direction and pledged to implement the order accordingly.

“On behalf of the money exchange traders, the usage of the Somali shillings will take effect from Wednesday. We fully accept the proposal,” said a local trade leader who spoke in the meeting.

The local residents in Beledweyne were jubilant following the agreement after they were adversely affected especially the consumers, labourers and beggars in the town who were constrained economically since they could not afford to buy items using US dollars.

Mobile money transfer known as Evc+ which transacts in US dollars was the only source of money exchange in the region.

The financial crisis started early July on speculation that large amount of counterfeit money flooded the local market from Puntland state, a neighbor state they have extensive business dealings with causing high inflation. 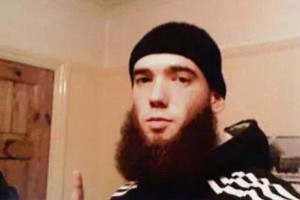 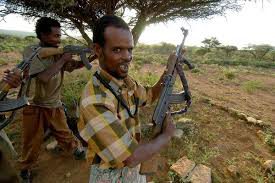