Many contemporary issues and events in the Somali Peninsula have their roots in what transpired between 1941 to 1969 – that is the last two decades of colonialism and the first decade of the state-building of the Somali Republic.

While using primary documents from archives, selected interviews, and his own observation, Mohamed Isse Trunji has covered this period in his informative, critical and useful book under the title:  Somalia: The Untold History 1941 – 1969.

Among the events that Trunji comprehensively explains and analyzes in the first part of his book include Italy’s entry and expansion into the Horn of Africa, British Empire’s defeat of Italy in 1941, the rise of Somali nationalism, big power politics regarding the Horn of Africa and the Somali Peninsula, and the Four Power Commission visit. 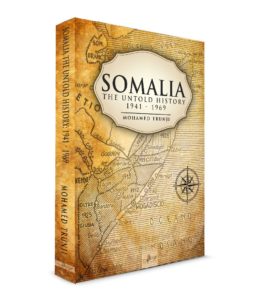 Moreover, in part two, he provides a detailed coverage on the different approaches of the four Italian administrators during the trusteeship decade of 1950-1960.

Finally, Mohamed Trunji fully covers the major issues and events that took place during the Abdullahi Isse rule (1956 – 1960) and the civilian administrations of 1960-1969. In the latter period, Trunji analyzes how the Somali political elite approached the state-building process under the leadership of Premier Abdullahi Isse, President Aden Abdulle Osman and President Abdirashid Ali Sharmarke.

Trunji dedicates one of the chapters of the book to explaining the role that Somali political parties played regarding issues and events mentioned above in the first decade (1941 – 1950) of the British Military Admiration (BMA). Among the parties that he explains in the book are Somali Youth Club/League (LEGA or SYL), and a coalition of parties that opposed the SYL under the name Conferenza Somalo which consisted of “Patriotic Beneficence Union, the Somali Progressive Committee, Hizbia Digil Mirifle, Somali Young Abgal Association, Hidayat Islam Sciedle and Mobilen” (Trunji, 2016, p. 21).

According to Trunji, Somali parties were divided on major policy issues of the time. During the visit of the Four-Power Commission, three main questions emerged: What goals did each party seek? Which country should administer Somalia (Italy, British Empire, Ethiopia or the UN)? For how long should the trusteeship be (10 years or 30 years).

In contrast, the coalition under the Conferenza parties disagreed with the SYL & Hamar Youth Club and called for the return of Italy to administer Somalia for 30 years. Additionally, unlike the SYL which sought Greater Somalia, the coalition was only interested in the independence of the “Italian Somaliland” (Southern Somalia). Moreover, Trunji goes beyond political positions and critically discusses the interests behind political platforms of the newly established political parties and the individuals leading them.

He argues that, besides autochthony claims, the defeat of Italy in 1941 resulted in a loss of employment for many of the members from the Conferenza Coalition, while the SYL members benefited from the British Military Administration.

Furthermore, in one of the chapters, Trunji analyzes the 1950 UN decision that gave the ten-year trusteeship mandate to Italy to administer Southern Somalia, and the British Empire’s decision to hand over the Ogaden and the Haud and Reserve Area to Ethiopia in 1948 and 1954 while referring to the secret Anglo-Ethiopian agreement of 1897.

In Part II of the book, Trunji starts with a detailed explanation on the negotiations between Italy and Ethiopia regarding the boundary of independent Somalia. He has done an excellent job in discussing and analyzing this important, yet poorly understood the issue of ‘changing borders’ of the country.

According to the author, the British Empire, prior to its departure from Somalia, and Ethiopia agreed on the current provincial boundary line between Somalia and Ethiopia. Italy, upon its return to Somalia rejected this agreement arguing that the interests of the Somalis have not been considered. In contrast, as Trunji wrote, Ethiopia used the 1908 agreement between Ethiopia and Italy to claim a huge portion of Somalia.

In addition, Trunji critiques the conflict between the SYL factions – first between moderates and hard-liners. He argues that although in rhetoric, SYL rejected clannism, the party experienced destructive competition among individual leaders along clan lines.

In the last part of the book, Trunji covers the important issues and events of the first decade of the Somali Republic such as the election of the first Somali president, the Act of Union between Somalia and Somaliland, and the Referendum of the Constitution. In this section, the author also analyzes SYL’s corruption and factionalized politics, the establishment of the Somali National Army, the 1964 war with Ethiopia and elections in the same year, and the approach of the Somali government towards the Somali regions that were still under colonization.

Trunji’s book is distinct in three ways. First, the book provides an in-depth coverage on many of the events, issues and actors of the three decades (1941-1969). In fact, the author has written a comprehensive book in this regard. The informative aspect of the book is unmatched and it makes it a unique contribution to the field of Somali studies.

Second, besides presenting many facts in a fair and balanced manner, Trunji takes a critical look at the major actors and powers of the day. He analyzes and assesses many of the decisions that the British Military Administration, the Italian administrators during the trusteeship and Somali leaders took after 1956. For instance, Trunji criticizes the BMA’s failure to prevent or intervene in the January 11, 1948 clashes that resulted in the deaths of many civilian Italians. Moreover, he discusses several policy issues that the SYL handled poorly including its insistence on four-power trusteeship.

Additionally, Trunji condemns the SYL’s violent behavior against other Somali groups that opposed its policies – a case in point is the killing of Ustad Osman. Perhaps the most important contribution is that Trunji takes a critical look at the dominant and official SYL narrative. He scrutinizes the narrative that presents SYL as a nationalist and anti-tribalism party while all the other parties are tribal and pro-Italian forces.

Third and finally, the book is unique in the sense that it is well-researched and it is easy to read. Trunji has conducted archival research in the libraries in London, Switzerland and Italy. In producing the book, Trunji has used many primary and, at times, rare documents in order to support his arguments. Additionally, although it is a dense book, Trunji has simplified complex concepts and issues and presented them in a readable fashion.

That said, there are three short-comings. First, although the book is comprehensive when it comes to the history of the Southern portion of the Somali Peninsula, Trunji has neglected the political developments of other Somali territories, particularly that of Somaliland which became part of the Republic in 1960. In fairness, he occasionally addresses aspects of the other Somali territories, but not to the level he covered southern portion of Somalia.

Second, Trunji has reproduced some important documents, in their entirety, within the book. For instance, in the book are the hearings of the Somali political parties before the four-power commission and many long reports and letters that different actors produced. Although his rationale is understandable, this was unnecessary. He could have summarized the main points of these documents. In fact, the book could have been more concise.

Furthermore, some of the minor editorial errors/issues could have been corrected. For instance, at times, the author calls Somali clans as “Somali races” (p. 218), mixing up administrative regions of the different eras (p. 202). In some cases, Trunji could have provided evidence for some of the arguments he makes. A case in point is that he argues one clan became dominant within the SYL in 1954. Providing evidence would have illustrated that point clearer.

In short, Trunji has written an informative and critical book that covers the three crucial decades of state-building in Somalia. I strongly recommend the book for the Somali political class, researchers, students and policymakers. The Somali political class will learn a lot from the book as many of today’s issues and events are linked to those of the period that the author covers. Often times, actors reinvent the wheel. By reading this, I believe the political class will learn the lessons of the previous state-building efforts. The book will also be useful for students in the field of Somali studies.

With supplementary readings, the book can be a textbook for some of the courses on politics and history in Somalia. Finally, the book will benefit researchers. Besides Trunji’s fresh perspective, the book is full of references of primary documents that have rarely been used before. In short, Somalia: The Untold History 1941 – 1969 is a must-read book for those interested in Somali studies. 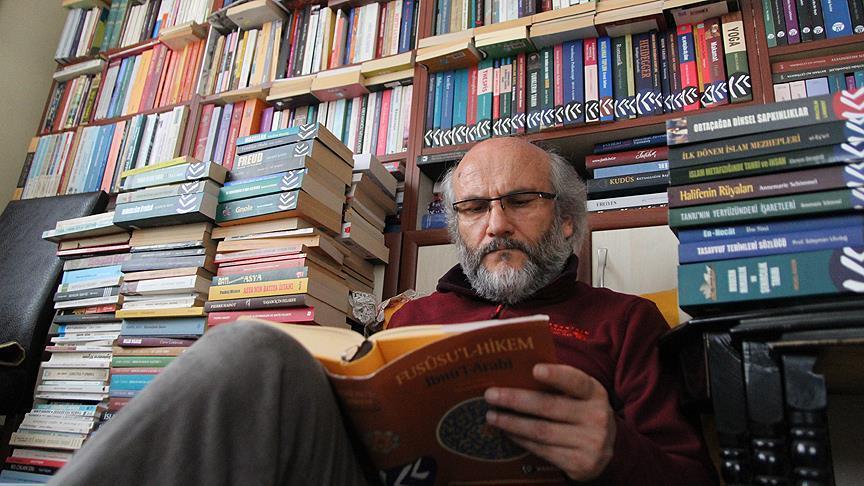 Life is an open book for former Turkish teacher