The United States has re-established a permanent diplomatic presence in Somalia nearly three decades after it closed its Mogadishu embassy in January 1991, the State Department said Tuesday.

“This historic event reflects Somalia’s progress in recent years and is another step forward in formalizing US diplomatic engagement in Mogadishu since recognising the Federal Government of Somalia in 2013,” State Department spokeswoman Heather Nauert said in a statement.

“Our return demonstrates the United States’s commitment to further advance stability, democracy, and economic development that are in the interest of both nations,” Nauert added.

The US diplomatic mission for Somalia in recent years has been attached to the US Embassy in Nairobi, Kenya.

But a US ambassador to Somalia, career diplomat Donald Yamamoto, has just taken office.

“Ambassador Donald Yamamoto and his team look forward to working closely with the people of the Somali federal government to strengthen our already strong bilateral relationship,” Nauert said.

The embassy was closed and American diplomats evacuated during the civil war in early January 1991 in the face of violence and the collapse of the Somali government.

Somalia was then the scene of a traumatic failure for American forces: in 1993, two of their helicopters were shot down during an operation in the commercial heartland of Mogadishu, and 18 US soldiers were killed in the fighting. 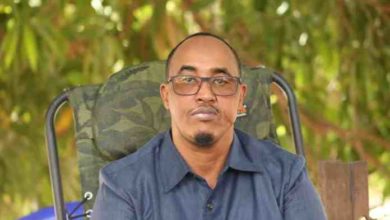 Jubbaland calls the FGS to restore the freedom of J.security minister

To crack the 30% fix, Somali polls must spill into 2017-political analyst