The recent visit by newly-elected President of Somalia Mohamed Abdullahi Mohamed ‘Farmaajo’ to Addis Ababa, Ethiopia, can be considered as unusual, not because the relations between the two countries soured in the aftermath of his election, but because he subtly campaigned for an anti-Ethiopian slogan on the eve of the 8 February presidential elections in Mogadishu.

His supporters and many other Somalis had anticipated that Farmaajo would delay an early political engagement with the current Ethiopian regime led by the Tigray People’s Liberation Front (TPLF)/The Ethiopian People’s Revolutionary Democratic Front (EPRDF). Farmaajo’s visit culminated in a press conference held together with the Ethiopian Prime Minister Hailemariam Desalegn.

When one combines the discursive analysis with a psychosomatic assessment on the video clip of the press conference in Addis Ababa, it can be observed from the faces of the once overconfident TPLF/EPRDF policy-makers that they appear to be anxious about another – in addition to Eritrea, or even South Sudan or the Sudan – critical political façade from Mogadishu.

This does not mean that they are unaware that Mogadishu government remains utterly toothless, but a small amount of criticism towards their behaviour and practices in the Horn in general and Somalia in particular stemming from the new team in the Villa Somalia would add an insult to the injury. Therefore, the approach from which the TPLF/EPRDF policy-makers could benefit most at this time is through appeasing Farmaajo and making him sleep with friendly but forged overdose diplomatic gesture.

The speeches made in the news conference indicated that the TPLF/EPRDF regime in Ethiopia were not only skeptical about the new development in Mogadishu, but they were wary about what Farmaajo would put on the table. However, upon assessing him closely, they seem to have found out that he is not the man they feared.

The TPLF/EPRDF policy-makers were expecting Ethiopia to be the first country to which Farmaajo was to travel following his election. Instead, Addis Ababa became the seventh after Riyadh, Nairobi, Abu Dhabi, Djibouti, Aman and Ankara, in the capital cities that he visited thus far. The wide public support the Somali public welcomed Farmaajo’s election, which was itself a reaction towards the detested regime of Hassan Sheikh Mohamoud, has revealed to the TPLF/EPRDF policy-makers that they could not dictate, as they had done with the corrupt regime of Hassan Sheikh, with their own terms what they need from Somalia.

Hence the importance to find a new route out of the anxiety in the TPLF/EPRDF inner circle generated by the Farmaajo’s unexpected election. I still recall vividly after the previous president Hassan Sheikh Mohamoud went to Jigjiga unannounced in early August last year. I met Farmaajo sipping a tea at Sarova Panafric Hotel in one cool Nairobi afternoon. After reading to him my take on the visit from my mobile phone, I looked Farmaajo and saw his reaction was mild.

Influential Somali opinion makers have every reason to be a bit skeptical of any dealings with Ethiopia, but one has to draw to their attention to the fact that there is no such an ‘Ethiopia’ at the moment. The TPLF/EPRDF regime is currently in a weak position, insofar as it suffers from internal power struggles exacerbated by the increasing Oromo and Amhara dissents. Historically, for so long, the Ethiopian political order has been dependent for existence and survival on the character of a powerful ruler.

Upon the death of the former Tigray rebel leader Meles Zenawi, the TPLF/EPRDF central committee failed to come up with a powerful successor at par with the deceased leader from the Tigray political actors within the ruling party. No need to note that Hailemariam Desalegn is another Daher Rayaale (the former accidental Somaliland president); Desalegn was chosen to create a balance between the two Tigray groups vying for power tiresomely during the post-Zenawi period.

Be that as it may, Ethiopia is still under the state of emergency that was declared in October last year as a result of riots instigated by the Master Plan project which attempted to displace a significant number of Oromos from their farming lands on the outskirts of Addis Ababa. The Oromo uprising, supported by Amhara unrest, created a confusion and chaos within the TPLF/EPRDF, leading to accusations and counter-accusations as reported by the suppressed print media.

Tourists and travelers are still cautioned not to venture into Amhara and Oromo regions unless that is necessary. The only region the TPLF/EPRDF authorities effectively (remote)-controls from Addis Ababa is the Somali region which, because of the divisive clan-based politics, they were able dividing the Somalis along clan, even sub-clan or sub-subclan lines in order to fish out from their persistent power and resource contestation.

Consequently, the Somali region is next to Tigray region, which many (but not all) are obedient to the TPLF/EPRDF regime due to ethnic affiliation with the TPLF. This does not imply that people in the Somali region support the regime; they are on the contrary waiting for a momentum to articulate their own self-determination as was nearly achieved but missed in late 1994.

In Addis Ababa last year, when I asked about the appalling human rights situation in the Somali region, several TPLF/EPRDF regime advisers told me they would kick out the Somali region’s monocratic president Abdi Mohamed Omar, known as ‘Abdi Ileey’, but they expressed a fear that his replacement may open a Pandora’s box. This is a clear testimony that, insofar as they keep a tight grip on the region, they would be fine with the open-ended oppression.

However, they could not apply this harsh policy to the Amhara or Oromo regions where people are more united and politically well-informed in the Ethiopian politics than the pastoralist clanically-divided (mostly) nomadic Somalis in the region. When I visited Jigjiga in April last year, I felt amused that the peculiar yet parochial question was: which sub-clan is larger than that or this to cut the larger cake from the regional state?.

Reflecting on these empirical localised internal political nuances, the Somali-Ethiopian relations in the broader geopolitics or biopolitics warrant a very close but critical re-reading to envisage Addis Ababa’s future manoeuvres in Somalia. Unlike foreign policies of the successive Somalia regimes, which have often been inconsistent, incoherent, in-comprehensive and unclear, the TPLF/EPRDF foreign policy changes as the need emerge.

It comes as no surprise that both political (and military) culture of the TPLF/EPRDF draws from a reformed rational political calculation that solicits to buy a brief interval in every time of transition. It seems on the surface that this philosophy is based on ‘do this now, but do the other with the right time’.

Farmaajo and his team do not seem to understand the fragile situation of the Ethiopian regime, let alone what is going on the inner circle or the behind-the-scenes. Most strikingly, they appear unable to read the subtle ways the history is profoundly manipulated to construct or craft something meaningful out of it.

For instance, one wonders why Farmaajo’s team did not raise their concerns when the TPLF/EPRDF cadres put on his back during the press conference this clear message: ‘Welcome to Ethiopia, the Land of Origins’, which literally means ‘welcome to your land of origins’.

From the Ethiopian ‘highlander’ historical point of view, Somalis are considered as were part and parcel of the Ethiopian Empire through the ages. One could recall Emperor Haile Selassie’s famous speech in Qabri Daharre in 1956, in which he boldly stated to his audience that Somalis and Ethiopians are the same, since ‘we drank water drawn from the same river’. The Ethiopian Herald published at the time some Somali elders kissing his hand with scornful manner unaccustomed to then proud Somalis.

Several highlander Ethiopian historians and other Ethiopianists stick to this day to the notion that Somalis were once part of Ethiopian Empire, which is a false premise that can be counter-checked with available archaeological evidence and historical findings that Afar, Oromo, Saho, Somali and other lowland ethnic communities in the Horn of Africa had been the founders and defenders of the Adal and Ujuuraan sultanates well before the Abyssinian intrusion in 1887.

Mohamed Haji Ingiriis is a Somali scholar studying Somali history at the University of Oxford. He can be reached at: ingiriis@yahoo.com 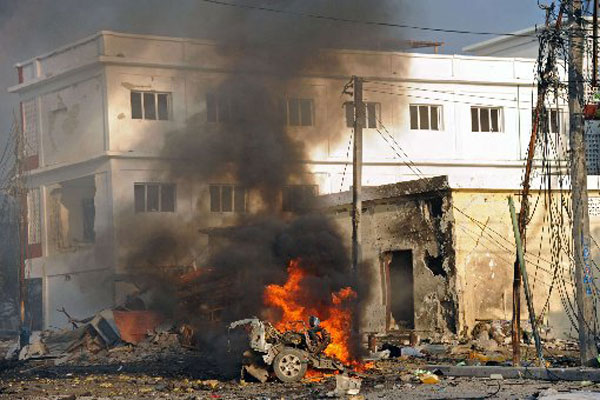 Remembering hotel owner who made the world focus on Somalia 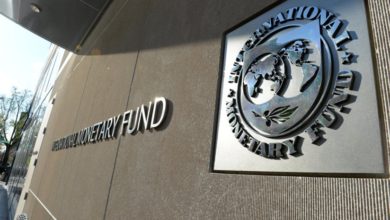