in World
A A

A gas tank lorry has exploded outside a maternity and children’s hospital in Mexico City causing dozens of casualties.
The explosion, on the western edge of Mexico City, was so large that much of the building was destroyed.
It is not clear how many people died. Officials initially said up to seven people had been killed by the blast.
The mayor of Mexico City later reduced the death toll to two, saying a woman and baby had died.
About 100 people were believed to be inside the hospital at the time of the blast, and dozens of victims were injured by flying glass.
Rescuers are at the scene, searching for anyone who might be trapped under rubble and twisted metal.
Mayor Miguel Angel Mancera said the blast was caused by a leak in the hose carrying gas from the truck to the hospital kitchen.
The tanker workers had been struggling to repair the hose for about 15 to 20 minutes, according to reports.
As they worked, a large cloud of gas began to form outside the hospital, reports said.
Eyewitness Agustin Herrera, a 66-year-old anaesthesiologist, told the Associated Press news agency that the workers shouted for fire-fighters, but then there was a massive explosion.
At least 54 people were injured, 22 of them children.
Another eyewitness, Ismael Garcia, told AP there had been a “super explosion”.
He added: “Fortunately, we were able to get eight babies out.”
There have been a number of other fatal gas explosions in Mexico over recent years.
In February 2013, 37 people died in a blast at the headquarters of the state energy firm Pemex. 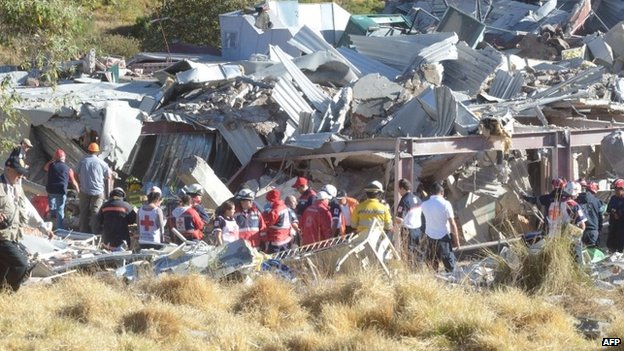 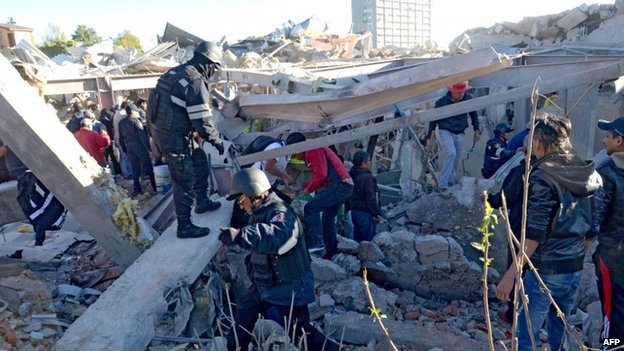 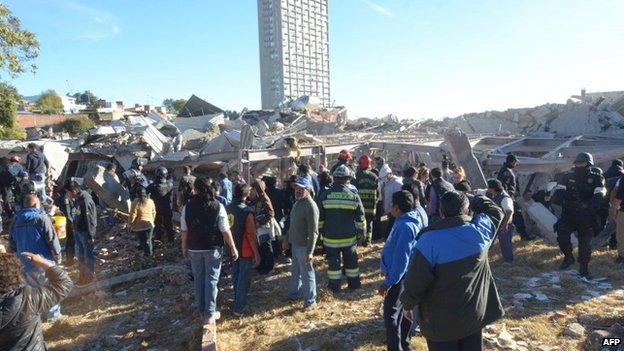 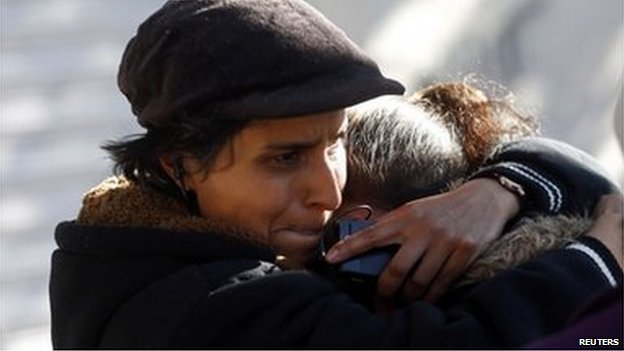 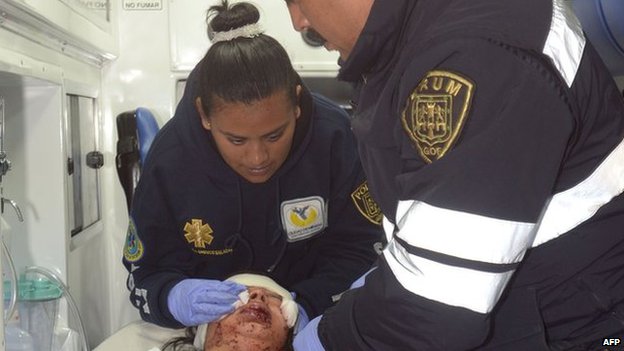 US sanctions on Somalia: What they mean

China targeting Kenya for military base, US claims