in Featured, featured, Galmudug, National News, Security
A A

A convoy of African Union Mission in Somalia troops has today arrived in Dhusamareb the capital administrative of Galmudug state.

The Djiboutian troops who are part of AMISOM mission in Somalia are aimed to support the Somali federal government in securing the venues of the upcoming reconciliation conference followed by regional elections of Galmudug State.

Reports indicate that the troops are intended to take full control of the airport in Dhusamareb.

The troops who left Beledweyne have stopped at Matabaan district of Hiiran on late yesterday afternoon and have arrived Dhusamareeb town on early Saturday and was cheerfully welcomed by members of the federal parliament, Galmudug officials and the resident of Dhuusamreeb.

The security minister of the federal government, Mohamed Abukar Islow has yesterday announced that troops from the African Mission in Somalia (AMISOM) will be deployed to the central town of Dusamareb.

The announcement followed a visit to the town by Amisom Commander, Tigabu Yilma, who held a meeting with the security minister, ASWJ top leaders and the Somali interior minister to resolve their disputes.

Ahlu Sunnah who has before rejected the deployment of AMISOM troops to Dhuusamareeb has so far not commented on the latest announcement. 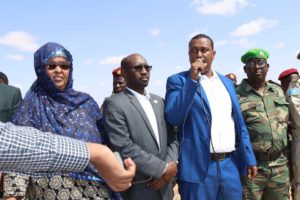 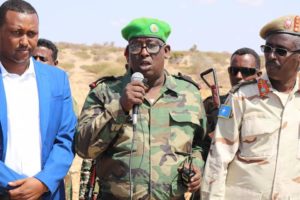 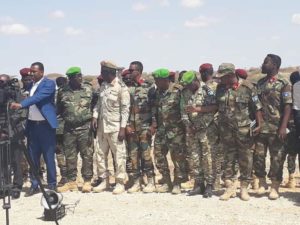