As the coronavirus pandemic accelerates in many parts of the world, those at greatest risk are the most vulnerable population including 2.6 million Somali IDPs who are scattered around the country.  Mogadishu, the capital city alone is home to half a million of the IDPs[i].

Many were displaced nearly 30 years ago and, yet, others continue to arrive in the city on a daily basis due to the ongoing military operations and climate factors.  They live in precarious conditions, overcrowded shelters, unsanitary environments with limited or no access to services, employment and basic human needs.

Since the collapse of the Somali government in 1991, multiple studies and evaluations by major humanitarian actors have addressed the calamitous situation of the IDPs. Yet, today, nothing much has changed in the lives of most of the Somali Internally displaced population.

The pandemic which has taken the world by storm is now spreading fast in Somalia and the IDPs will undoubtedly be the first casualties of COVIDI9. The dire conditions they live in makes them extremely vulnerable and will be a perfect breeding ground for this precarious virus.  Masks, tests, food, money are all hard to come by if at all.

In the country as a whole, as of 11 May 2020, the Somalia Ministry of Health has confirmed 1089 cases of COVID-19 cases with a death toll of 52 so far.  Although this is not a high number of infections comparing Somalia to many other countries, the  National Health System of the country is one of, if not the, most fragile in the world and thus not equipped to handle such a raging outbreak in the population as a whole, let alone the almost forgotten poor IDPs.  The World Health (WHO) reported that the Health indicators in Somalia are among the lowest in the world and rates Somalia’s public health system as one of the weakest across the globe. [ii]

According to the United Nations Office for the Coordination of Humanitarian Affairs (OCHA),  Somalia’s capacity to prevent, detect and respond to any global health security threat scored a paltry 6 out of 100 as measured by the Health Emergency Preparedness Index in 2016. The number of health workers in different parts of the country is 2 per 100,000 people compared to the global standard of 25. Less than 20 per cent of health facilities have the required equipment and supplies to manage epidemics[iii].

Given the alarming reports of the health systems in Somalia and the Federal Government’s lack of capacity to handle overall health let alone the corona virus outbreak, it is time for the humanitarian actors to  re-think not only the National health system but also to  revise humanitarian distribution of food aid and handouts.  Cash transfer is more efficient and cheaper than distribution of goods.

One idea currently gaining global interest is a cash-based intervention known as Basic Income.  In a recent survey in the United States, 76% of Americans supported an even wider initiative known as Universal Basic Income [iv].

In Somalia, a basic income as a form of continuous support to the IDPs would be extremely helpful.   Such monetary intervention can promote the livelihoods of the IDPs and also allow them to step out of a cycle of the abject poverty that they have endured for so long.

There are many poor and vulnerable groups in Somalia, but none is in such peril as IDPs.  Thus one should start the cash transfer with IDPs and eventually move to the wider poorer population when IDPs basic income effectiveness is demonstrated.

For the IDPs such a basic income could:

Since the IDPs camps and shelters are mapped and the fact that most of them in shelters are registered, locating the beneficiaries will not be much of a challenge.

There are two ways the cash can be transferred to the displaced population:

In conclusion, would such a system be costly?  Probably, but no more costly than allowing millions to suffer. Assume a basic income of $US100 per month for each adult and half the IDPs are adults i.e. 1.3 million people.  The cost, excluding delivery overhead would be around $US130 million per month.

Cash, as shown in other studies, actually has a multiplier effect to the extent that $US1 can lead to wealth creation of $US2 as beneficiaries spend their new funds on goods and services from the IDPs community itself leading to new small business opportunities. 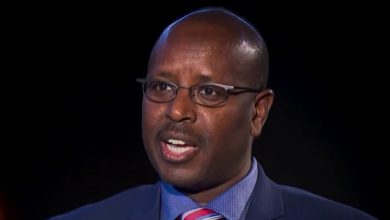 Threats on VOA’s Maruf, years of Farmaajo’s aversion to criticism and end to accountability 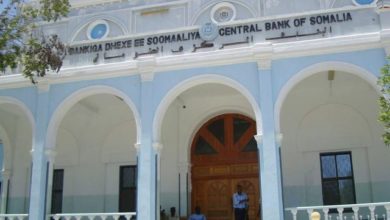 The role of Central Bank of Somalia in economic development