GOOBJOOG NEWS|MOGADISHU: The Federal Electoral Disputes Resolution Committee has appointed the organizing committee responsible for the election of its chairman.

The nominated committee composed of a 5-member team is selected from within the Dispute Resolution Committee and is expected to organize the election of the chairman of the Electoral Disputes Commission.

The newly Nominated Committee was called upon by the Federal Dispute Resolution Committee to discharge its duties with due diligence and honesty.

The appointment of the Committee comes exactly a month after the Somali Prime Minister axed seven members, including the chairman of the Dispute Resolution Committee accused of violating the electoral code of conduct and practising partiality in the discharge of their duties.

The following are the names of the 5-member team nominated by the Electoral Commission. 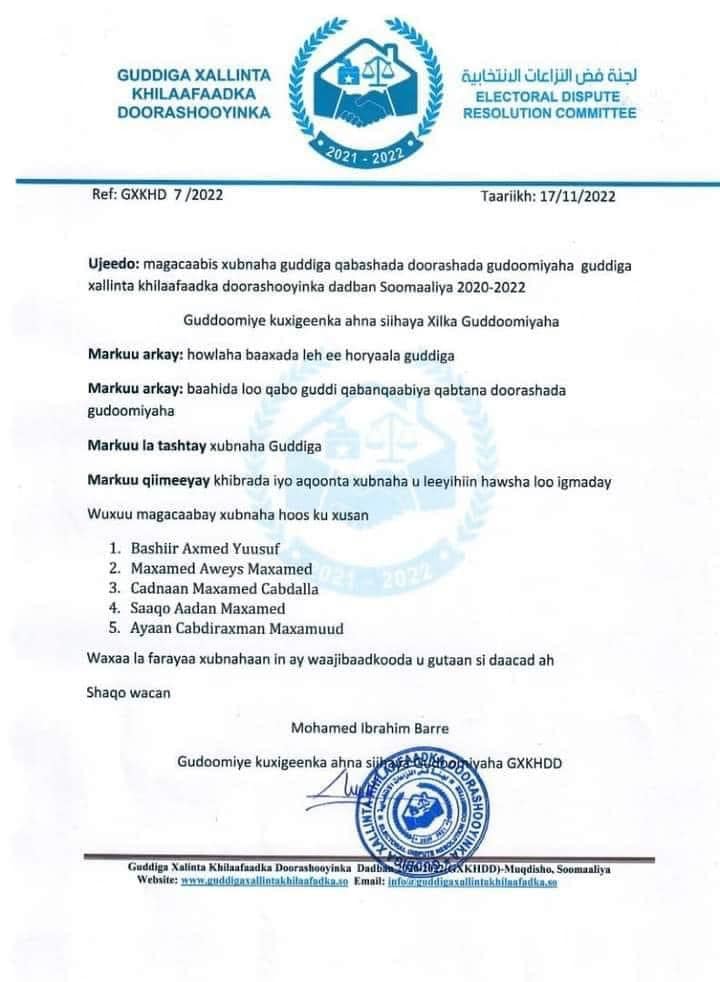