in Featured, featured, international News, Security
A A

In a statement released by the ministry of fishing and marine resource of the federal government of Somalia has accused the Iranian ships to illegal fishing in Somalia’s boundary.

Since the recent Somali government rule by Siyad Bare’s regime collapse in 1991, the illegal ships have been operating in the Somalia sea which has affected the economic growth of Somalia. 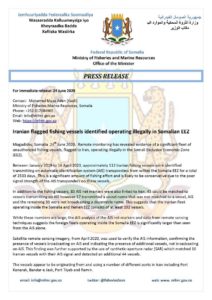 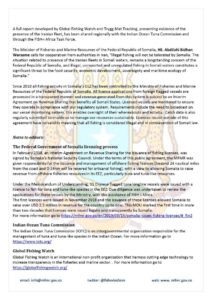