Prime Minister Mohamed Roble approved the retention of 33 out of 67 names forwarded by the opposition for removal. Photo: OPM

GOOBJOOG NEWS|MOGADISHU: The Federal Government and the Federal Member States will have to expunge a total of 67 names from their list of appointees to their respective electoral committees.

The 15 member Council of Presidential Candidates submitted 67 names Monday to Prime Minister Mohamed Roble who will then assess them and return to the respective appointing authorities for changes.

According to the CPC, the 67 are either senior civil servants, intelligence and security officials and cronies allied to outgoing President Mohamed Farmaajo.

The composition of the Federal Indirect Elections Team (FIET) was particularly a sharp departure point between the CPC and Farmaajo which led to the collapse of the talks. The CPC had accused Farmaajo of seeking to influence the election of MPs by packing the interim electoral committee with allies.

The recent agreement between the FMS leaders and Prime Minister Roble provided for the removal of contested names in both the FIET and its state-level equivalent. This was a key step in building public confidence in the electoral body.

The FGS and FMS will now be expected to forward new names to replace the 67. See below the list: 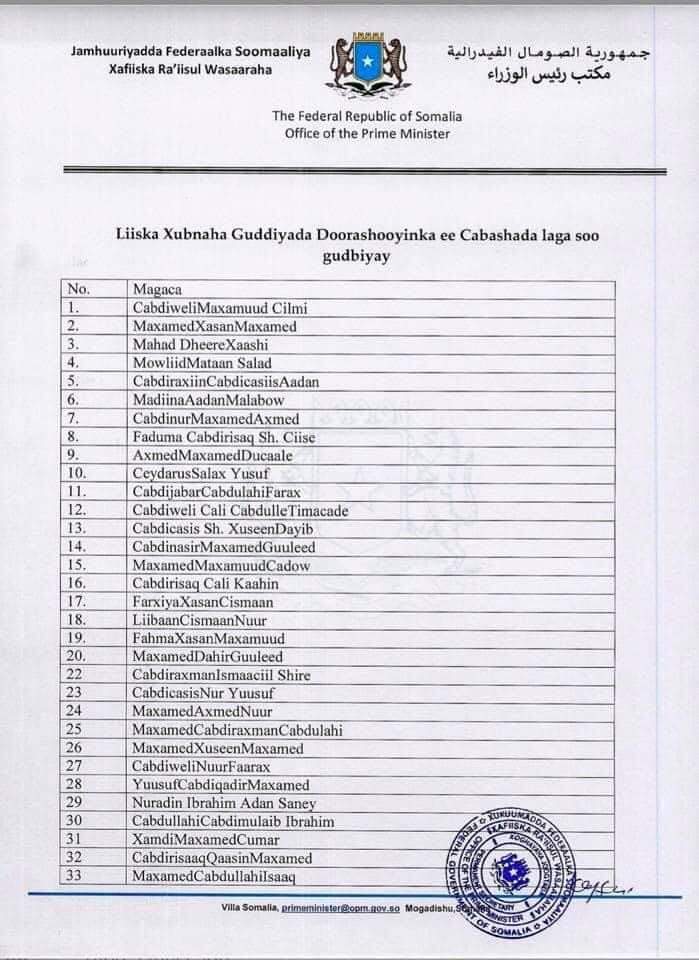 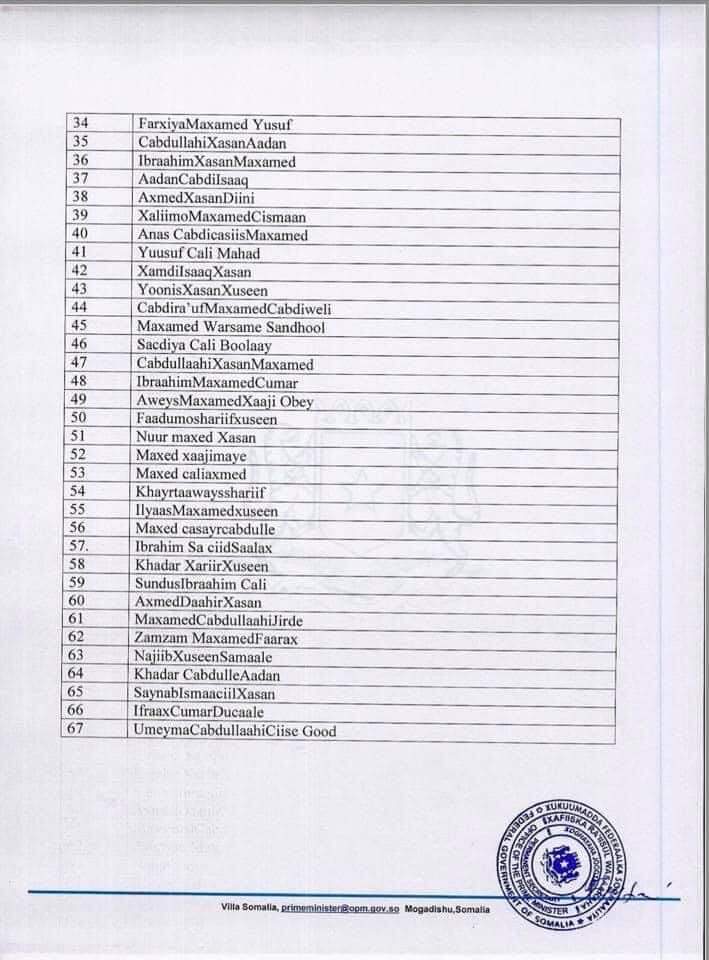