Freedom for Gurbiye a day after sentencing

Goobjoog Media Group editor Abdiaziz Gurbiye (pictured) has been released barely a day after he was sentenced to six months in jail.

The journalist was released Thursday afternoon amid increasing local and international pressure for the charges to be dropped.

It was not immediately clear if the journalist was released in lieu of a fine. The court jailed him Wednesday to six months and a $200 fine after it found him guilty of ‘publishing false news’.

Gurbiye was first arrested in April and later released on bail for three months before the case resumed this month. 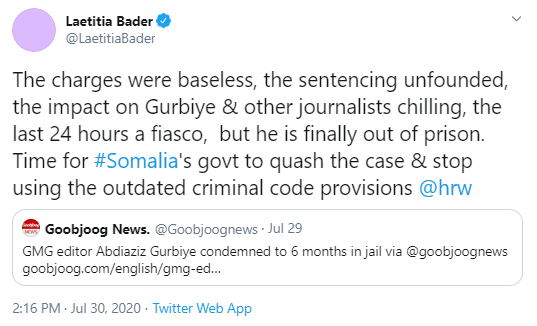 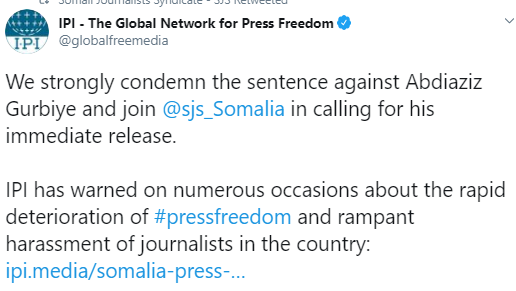