Troops and Police, contributing countries, T/PCCs to the African Mission in Somalia, AMISOM have warned the UN to fully fund the mission or consider timely modalities for a transition from AMISOM to a UN mission.

Leaders of the five countries contributing troops and police to the AMISOM meeting in Djibouti Sunday have also indicated African Union will reconsider its position on the mission should the UN fail to heed their call.

In response to the European Union move to cut AMISOM funding by 20% starting February, the leaders of Kenya, Uganda, Burundi, Nigeria, Djibouti and Somalia meeting in the Djibouti capital noted AMISOM was acting on behalf of the UN Security Council whose mandate is the promotion of international peace and security and should therefore be fully funded by the UN.

“[The T/PCC] notes with serious concern the decision by the EU to reduce financial support to AMISOM troop allowance by 20% especially during this critical phase of AMISOM operations and decides to call upon the UN to utilize assessed contributions to bridge this financial gap either through the UNSOS logistical support package or directly to the AU within the framework of Chapter VIII of the UN Charter and relevant constituent instruments, bearing in mind that AMISOM is acting on behalf of the United Nations Security Council (UNSC), whose primary responsibility is the promotion of international peace and security,” read a joint statement in part.

The EU which is one of the major donors to the AMISOM mission provides since 2004, provided over €1.2 billion ($1.6 billion) of funding. This amounts are used to pay salaries for troops who receive a mission allowance of $1,028 a month with no other allowances. The respective governments deduct an administration cost of $200, meaning each soldier takes home $828 a month.

Deploy helicopters
The presidents and representatives of the T/PCCs also called on the UN to expedite the finalisations of Letters of Assists to allow Ethiopia, Kenya and Uganda to deploy pledged helicopters and other mission assets.
Regarding the operations of AMISOM, the leaders called for a more coordinated approach urging the various contingents to work closely with the Force Commander for effective and accountable command of all military units.

“The Summit emphasises the need for better coordination of operations and logistics through the establishment of enhanced mechanisms and structures, as appropriate, between AMISOM, Somali Security Forces and UN Support Office to Somalia, UNSOS,” the leaders urged.

This call comes at a time concerns have been raised over the level of cooperation among the various contingents with issues arising on the authority of the AMISOM command centre over the respective troops from different countries.

A report by the Mogadishu based think tank Heritage Institute for Policy Studies, HIPS released last week pointed to inadequacy in command, control and coordination structures between the troops contributing countries to AMISOM. This, the report notes has led to improper intelligence and resource sharing.

The T/PCC leaders also resolved in the meeting to suspend a 2015 Joint AU-UN Benchmarking Mission on Somalia relating to a gradual shift to policing, including to strengthen the rule of law owing to security situation in Somalia.

The HIPS report also noted AMISOM’s exit strategy was being hindered by a lack of an established Somali security forces to effectively fill in the gap left by AMISOM. Somali National Army has an average of 10,000 soldiers.
AMISOM contributes about 540 police officers to support the policing functions of the mission and about 22,000 troops. 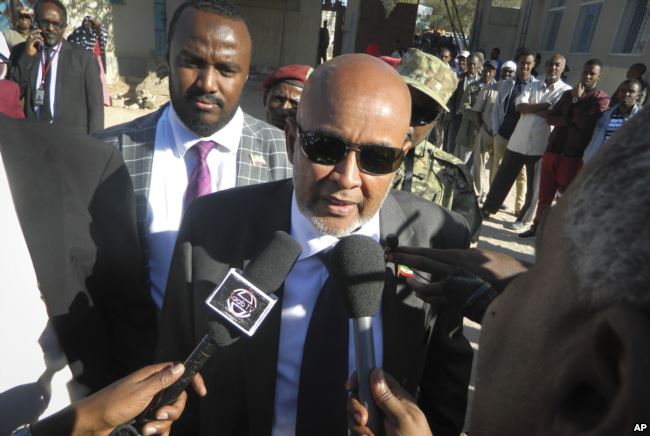 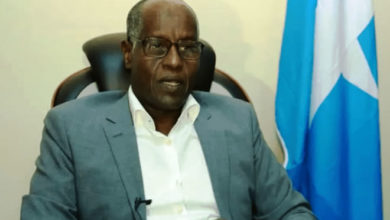 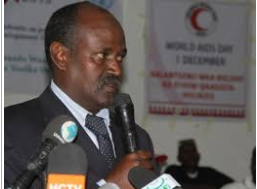