Goobjoog News/Hirshabelle: Hirshabelle State Electoral Commission announced on Saturday night the election of 11 seats in the House of the People of the Federal Parliament of Somalia.

The seats announced by the Hirshabelle administration are the first to be announced since the start of the Lower House elections and have been held for four years by influential politicians in the administration. 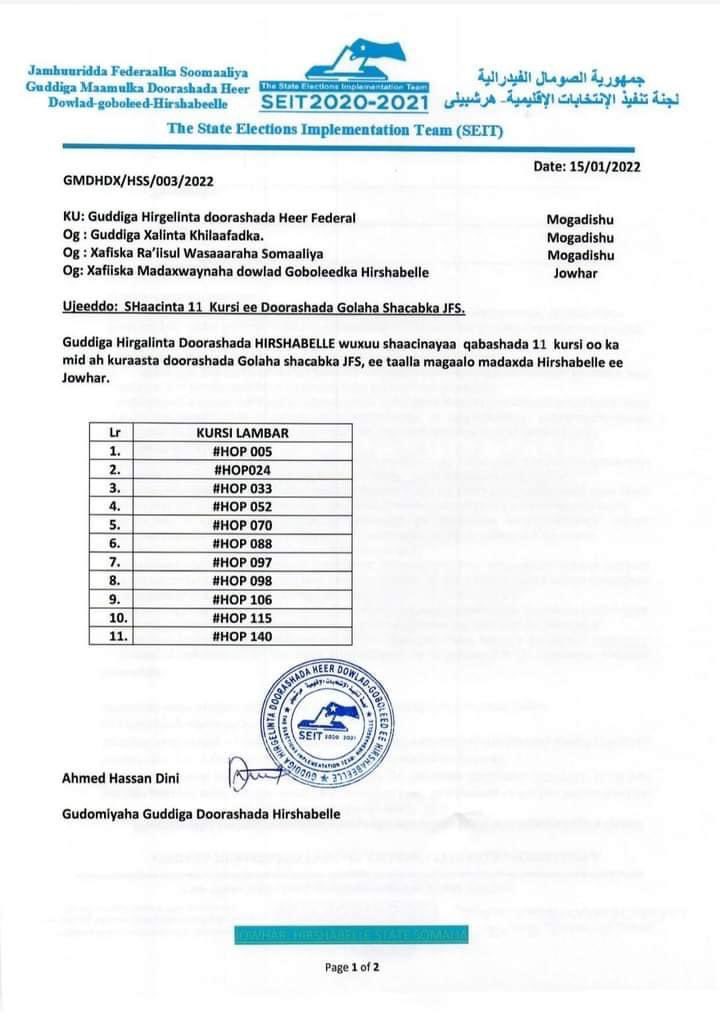