IGAD has transformed from an organisation that merely focused on drought and disaster as it used to be during its inception in 1986 to that of dealing with regional peace and development matters. It is now one of the eight recognized building blocks of the AU. During the 13th Ordinary Summit of the IGAD held in Addis Ababa on November 29, 2019 Sudan was elected to take over the next chairpersonship from Ethiopia.

Reflecting on some of Ethiopia’s achievements and the challenges observed in the functioning of IGAD during Ethiopia’s decade-long leadership would serve as a springboard in shaping the future activities of the organization under the leadership of Sudan or other countries that would assume the chairmanship in the future.

IGAD under Ethiopia’s leadership and in collaboration with all Member States has addressed a number of crucial peace and security matters. In IGAD’s long-time effort to re-establish a sovereign government in Somalia, 13 attempts have been made to get Somalia back on track paving the way for the success of the 14thattempt which resulted in helping Somalia form the Transitional Government of President Abdullahi Yusuf Ahmed. Although, Al-Shabaab still poses substantial threat to Somalia and the Region, it is undeniable that under AMISOM, where IGAD member states are the major troop contributors, it was made possible to stabilize the country and fight the insurgents and liberate large parts of Somalia.

Under Ethiopia’s chairpersonship, IGAD also made lengthy negotiations to make the two major conflicting Parties in South Sudan- the Government and SPLM/A-IO- sign the Agreement on the Resolution of the Conflict in South Sudan (ARCSS) in August 2015. After a Transitional Government of National Unity (TGoNU) which was established in April 2016 entered into a crisis, it was again IGAD that decided to step in and help to revitalize the ARCSS. Following a Cessation of Hostilities Agreement (CoHA) which was signed on the 21st ofDecember 2017, the signing of September 2018 R-ARCSS made fighting in South Sudan significantly recede and hundreds of Refugees and Internally Displaced People (IDPs) return to their villages.

Recently, Ethiopia, as the Chair of IGAD together with the AU closely assisted the reconciliation and understanding of the Sudanese stakeholders after the fall of President Bashir. The successful signing of the political and constitutional declaration and the formation of the Transitional Civilian Government on August 21, 2019, in response to the demand of Sudanese people was very exemplary.

The reconciliation process between Ethiopia and Eritrea to end the deadlock has not been confined to Ethiopia and Eritrea. A significant process of normalization between and among all the countries of the Horn has started to unfold. A new phase in relations between Djibouti and Eritrea opened with the two countries agreeing to normalize their ties. Somalia and Eritrea have also re-established diplomatic relations. These dramatic developments have contributed to advancing regional peace and stability.

IGAD in the Socio-Economic Front

IGAD has designed important programs that aim at improving the lives of the people of the region and particularly in the area of health, climate resilience and economic integration. Regarding some activities on the environment, IGAD Drought Disaster Resilience and Sustainability Initiative (IDDRSI), the IGAD Biodiversity Management Programme, the Regional Pastoral Livelihoods Resilience Project (RPLRP), the Drought Resilience and Sustainable Livelihoods Programme (DRSLP) and the IGAD Environment Impact Assessment (EIA) Policy Framework can be cited as the most notable achievements.

Although its implementation has been slowed down due to various reasons, one of the most important programs initiated for economic and social integration during Ethiopia’s Chairmanship was the Minimum Integration Plan (MIP) for IGAD. Development of the IGAD Sustainable Tourism Master Plan 2013-2023 (launched in 2013) and its domestication in Ethiopia and Kenya was another development. It was also made possible to design IGAD Regional Infrastructure Master Plan that was linked to the Programme for Infrastructure Development in Africa (PIDA) Strategic Framework, based on the shared vision for Africa’s infrastructure by 2040 and in line with the EU-Horn of Africa Initiative.

Regarding IGAD’s activities in the health sector, provision of HIV and AIDS services was made possible in identified cross-border sites, in the refugee and IDP camps while an IGAD Cancer Centre of Excellence was launched in Addis Ababa.

Creation of a Regional Consultative Process on Migration and a mechanism to the coordinate with key stakeholders and development partners was also initiated to address the issue of migration governance and strengthen regional cooperation and dialogue.

IGAD has also been able to formulate a regional gender policy framework and strategy that has been instrumental in mainstreaming gender issues in all of its priority areas.

Economic integration was set out as the major step on the IGAD Minimum Integration Plan for 2016-2020; but a common understanding and a coordinated move towards this end still remains to be ironed out among member countries. Over the past eleven years, achievements made for interconnecting the region through several infrastructural projects such as roads, electricity, ports and railway were commendable. However, the need for alignment of Trade and other policies of IGAD member countries   that should be set for the implementation of the African Continental Free Trade Agreement (AfCFTA) has become evident.

Ethiopia also proposed a new IGAD Structure that was adopted by the 13thOrdinary Summit of Heads of State and Government. This will support the region’s determination to move towards a more strengthened cooperation for peace and development.

Under Ethiopia’s chairpersonship, IGAD has transformed its cooperation with the African Union, the United Nations, the European Union and partners from far and wide. On peace and security matters, IGAD has been at the forefront in creating understanding and support of its endeavor to fight extremism and terrorism, bring peace to major conflict hotspots such as in Somalia, South Sudan, the Ethio -Eritrea conflict and the situation in the Sudan. In this endeavor it has gained considerable support and understanding from the African Union, United Nations, and other major partners. IGAD has forged strong cooperation with international partners in matters of climate resilience, migration, and cross-border regional cooperation. IGAD’s programs were able to get considerable financial and technical support in this regard.

Challenges in the Region and for IGAD

The major challenges faced in the region were characterized by lack of sustainable peace and security environment that could have otherwise enabled the IGAD to focus more on economic and social cooperation. Hence, encouraging developments in solving peace and security challenges in Somalia, South Sudan, Sudan, Ethiopia and Eritrea, need to be consolidated and followed through.

Though considerable gains have been registered in tackling violent extremism and terrorism in the region, particularly in fighting Al-Shabab, it leaves more room for regional cooperation not to regress on gains achieved so far and even find lasting solution to the problem. The region’s effort needs to be continued to be supported by international partners.

Ministry of Foreign Affairs of the Federal Democratic Republic of Ethiopia 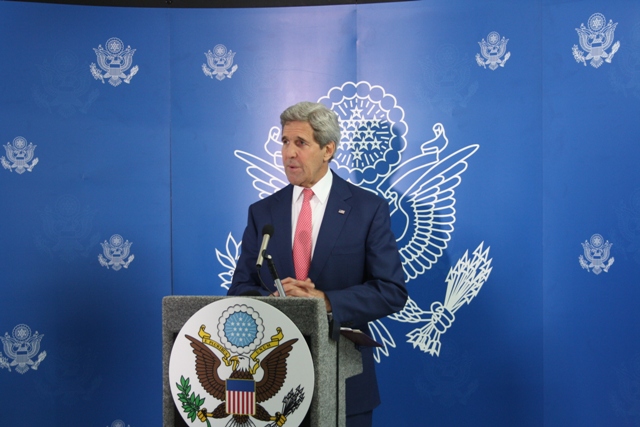 The U.S. and Somalia: From ‘Black Hawk Down’ to John Kerry’s visit 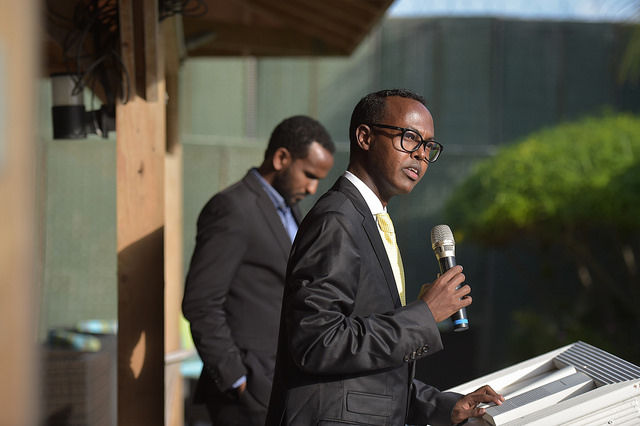 Will the Real Farmaajo Please Stand Up? 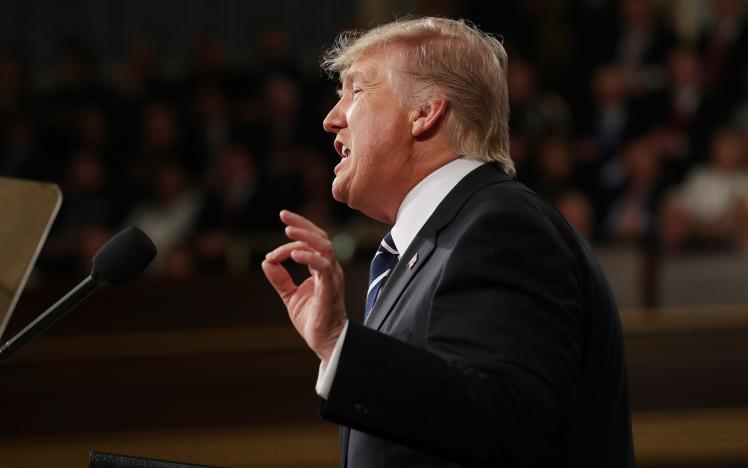 ANALYSIS-In speech, Trump tries to turn from divisive to deal-maker