The US has declared the 10 people killed in Bariire in August ‘were those of armed enemy combatants’ adding a new intricacy to a controversial military operation which saw the Somali government flip-flop over it before declaring the casualties as civilian and went ahead to compensate their families.

In what turned out to be a stain in President Mohamed Farmaajo’s six months old administration then, the Bariire incident left government at odds as ministers, defense chiefs and even the Presidency itself read from different scripts exposing communication fault lines in government.

But yesterday’s announcement by US Africa Command (Africom) could further bring into question the nature of relations between US and Somali governments during military operations. More so, questions could still abound on which position the government will take regarding the description of those killed.

“After a thorough assessment of the Somali National Army-led operation near Bariire, Somalia, on Aug. 25, 2017 and the associated allegations of civilian casualties, U.S. Special Operations Command Africa (SOCAF) has concluded that the only casualties were those of armed enemy combatants,” Africom said in a statement.

Africom noted all operations were based on clear assessments. “Before conducting operations with partner forces, SOCAF conducts detailed planning and coordination to reduce the likelihood of civilian casualties and to ensure compliance with the Law of Armed Conflict.”

The spat between Somali government and communities in Bariire led to a week-long stand-off as families refused to inter bodies of those killed forcing the government to acknowledge those killed were civilians. They said the dead were farmers and that some of them were children of between 13 and 15 years. The government committed to pay $70,000 ‘blood money’ to each of the families whose members were killed in the August 25 attack.

In its first reaction to the news from Bariire, Somali government put out a statement indicating those killed were terrorists and the Presidency even went ahead to condole with the families. Shortly thereafter then Chief of Defense Forces Gen. Ahmed Irfiid took a different view terming the casualties as civilians and subsequently the government endorsed and stuck with his position vacating its earlier stance.

“Civilians died in the place; 10 of them including children and old men. These people were not A-Shabaab but civilian farmers. However, this problem happened by mistake and not a deliberate one. People say Al-Shabaab were attacked and killed but there is nothing like that,” said Gen. Irfiid.

Defense Minister Abdirashid Mohamed said the men were armed and refused to put down their arms forcing the military to fire killing them.

Both Gen. Irfiid and Mohamed resigned October 12 in unclear circumstances but the government indicated the resignations were based on personal reasons.

The US private military contractor Bancroft scoffed at allegations that it was involved in the incident after a government official quoted by the media in Lower Shabelle regions directed blame at the contractor.

The US has maintained all operations in Somalia are conducted with the knowledge and in cooperation with the Federal Government backed by stringent assessment measures to avoid any civilian harm.

“The key concept to understand is that everything we do in Somalia is at the request of the Federal Government of Somalia and part of our military support to public diplomacy efforts of the State Department,” said AFRICOM Commander, U.S. Marine Gen. Thomas D. Waldhauser said in a statement Wednesday. 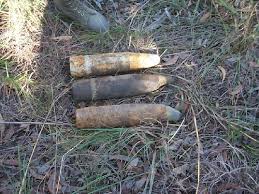 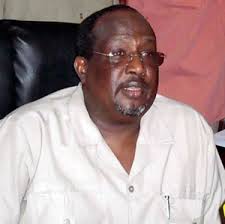 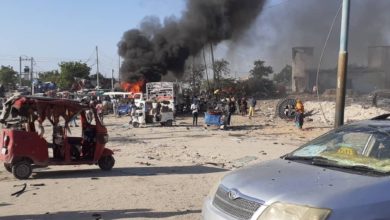 Several feared dead in bomb explosion in the outskirt of Mogadishu