According to reliable sources, Moalimuu, at the request of the Prime Minister’s Office from the Turkish government, was evacuated from Aden Adde International Airport by a private medical plane.

On arrival in Turkey, Moalim was taken to Sehir Hospital in Basaksahir in Istanbul, where he will be receiving specialized treatment for his leg, arm and chest injuries sustained in the attack. 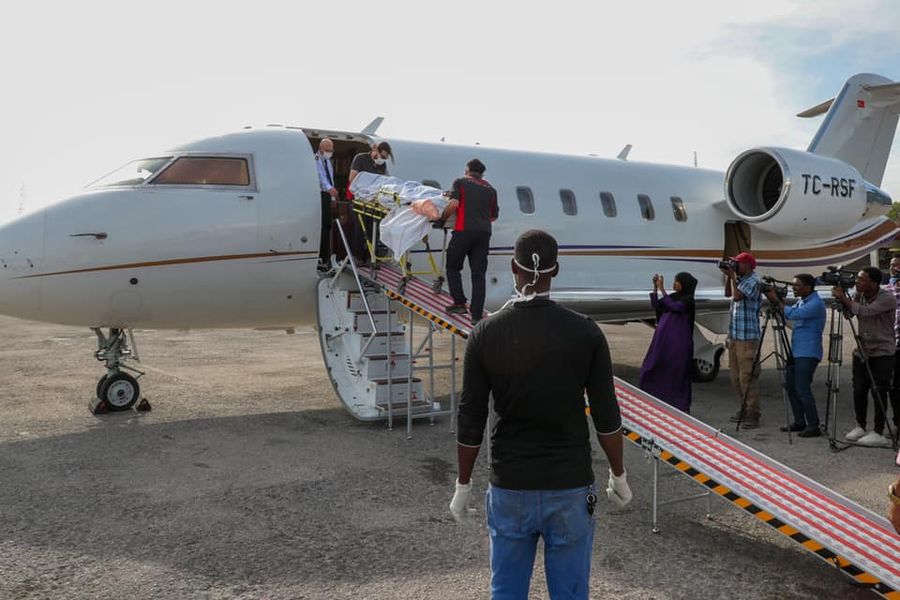 The government spokesman was visited by officials from the Somali embassy in Turkey, including some journalists in the country who visited one of their former colleagues.

The Islamist Al-Shabab group said it was responsible for the suicide attack on the former BBC Somali correspondent after one of its members ran towards his car and detonated an explosive vest.