In the past three-decade internet accessibility in the Horn Africa widened exponentially; it enhances people’s awareness of their rights and accountability on their leaders and representatives.

Today the Internet has become an integral part of human life both in the public and private sectors. It enables the community to express their thought, monitoring the behavior and performance of those in power, push for state service deliverability, and get abreast of what is happening in the world.

Through internet freedom, the public can organize protests, debates, and specific demands. Also, has become a major source of entertainment, platform for education and a critical space for community integration and social interactions.

Access to the Internet fosters knowledge, skills, and public awareness of what is happening around the world.

Moreover, no longer does a small number of elites have the privilege to set public agenda and dictate public interest

Internet freedom reports, in general, suggest African governments have a fear of internet freedom and social integration since it’s push for accountability and transparency.

The majority of HOA states have developed restrictive policies and regulations on the Internet, media, and social activism through censorship on social expression and media outlets.

This year Internet freedom conference was held in Addis Ababa, Ethiopia the land of origin. It welcomed 300 participants from around the world. Moreover, it was two-day interactive participants exchange knowledge, information, and share experiences.

Ethiopia’s ministry of innovation and technology close the conference with a remarkable speech. The conference has panelist sections, group discussion, and close meeting, interest themes include Technology and Disability, Election Security and Democracy, Women’s digital leadership. it was life experience and emotion.

While most speakers, including lawyers, journalists, and activists have doubts on about the leaders of African countries to shut down the internet regularly, and violate the rights of the people, Ethiopia’s Minister of State for Innovation and Technology, Jamal stated that the internet resembles water and therefore no human can live without it, but should People be responsible when they drink.

Although majority of East Africa states have embraced democracy, the leaders still view internet freedom a threat to their stay in power and some have imposed restrictions on social media use.

Countries within the region such as  Somalia, Uganda, Kenya, Ethiopia, Djibouti, Eretria have ranked lowest in internet transparency index.

Although most internet service providers in East Africa are private companies, the absence of independent judicial systems, and without freedom of expression gives governments the chance to violate internet users at any time, and that reduce s public confidence in the system.

While the constitutions of a number of East Africa countries guarantee freedom of expression rampant arrest of journalists, media censorship and intimidation of outspoken members of society remain the norm.

Somalia is a fragile democratic state recovering from civil war, and it is one of the most dangerous places to be a journalist and human right defender.

In mid-2018, Somalia parliament approved by the country’s Communications Act but since then, the respective organs contemplated in the law such as the National Communications Authority, harmonization of relevant federal and state law among others are yet to be formed.

The argument has been that freedom of expression on the internet has made it easy for spread of ‘fake news’.

In July 2017 the self-declared republic of Somaliland police arrested tv journalist Omar Ali Hassan on grounds relating to expression on the internet, while he was visiting his family in Hargeysa, the capital of Somaliland.

This photo widely spread on social media when police arrested Omar in 2017.

Mr. Omar was later released without charges after three days in detention. He did not get any representation.

People in power put in enormous efforts to squeeze online freedom and deny the public freedom of expression. Ali Adan Mumin is one of the prominent journalists operating in Mogadishu, Somalia. He is a social media activist. He has been victimized severally for his opinions online; in May 2019 police arrested him accusing him of spreading ‘false information’ on government officials.

Talking media freedom in Ethiopia, under the new administration led by Aby Ahmed, the media is enjoying some sense of freedom of expression, and journalist shows the existence of positive reform. The governance system has succeeded in reopening several of the independent media houses and freed numbers of political prisoners. Although the press is free, the government continues to exercise restrictions on the Internet to mobilize its authority in the territories.

In East Africa, Internet connectivity is a force for good; economic, social, and transformation. The youth and middle age community generate income from the Internet to enhance their economic situations. Internet-enabled business firms secure building connections to global and expand their product and service into local African contexts.

Internet access helps to protect human and animal life in Africa, and social life and protection. Without the Internet in the remote regions, people will suffer. The world did not know that people died of hunger when drought erupted and many died because they could not be reached.

It is clear that the internet creates many opportunities in global societies for both leaders and followers, but the question is would government officials turn their fears on online freedom into an advantage for their followers or community? 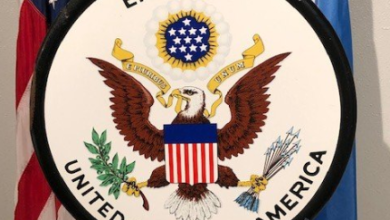