Goobjoog News/Kismayo: The Jubaland State Electoral Implementation Committee has announced the schedule for the election of the 6 seats out of the 13 lower house seats released on 13/12/2021.

The Electoral team has slated 23 January as the election date of the 6 lower house seats, and has set the 19th of this month as the date of selection of delegates set to elect the six seats.

The Committee has further said that registration of candidates will begin on the 20th of this month while training of the delegates will start from 22 January up to the 23rd of this month.

The six seats up for grabs in Kismayo, Jubaland are as follows: 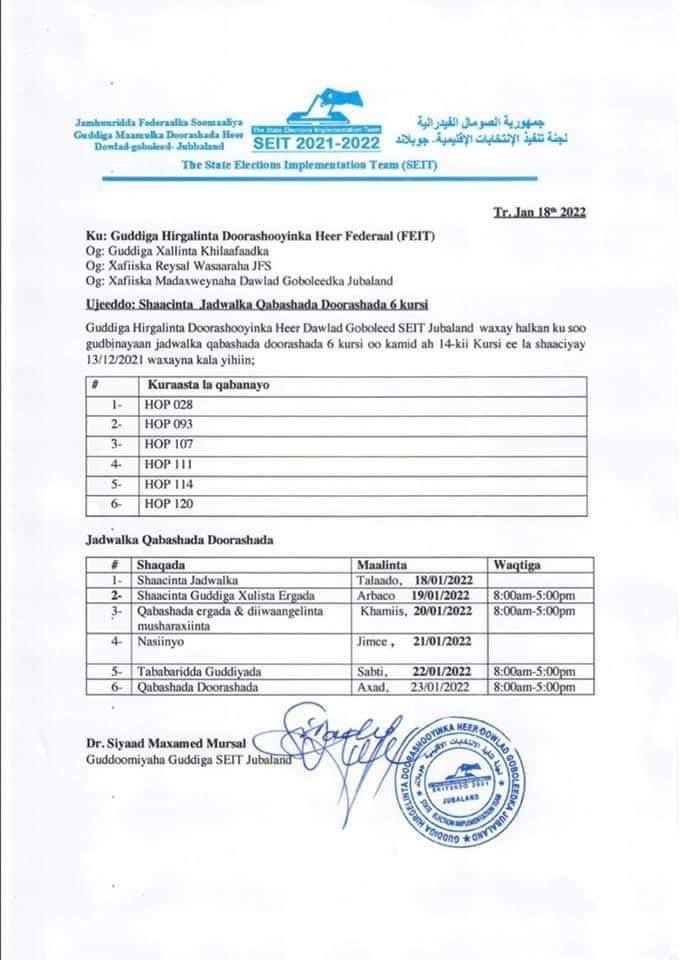