GOOBJOOG NEWS|KISMAYO: The Jubaland State Indirect Elections Team (SIET) has announced the list of 13 parliamentary seats set to be contested in coming days.

Two of the 13 seats announced last night by the Jubaland State Elections Implementation Team will be contested by women.

Seat HOP 124 is set to attract a fierce contest as the seat is currently occupied by Abdullahi Hersi Kulmiye (Abdirahman Dheere) who is a close associate of Villa Somalia and an ally of Fahad Yasin, the country’s National Security Adviser. 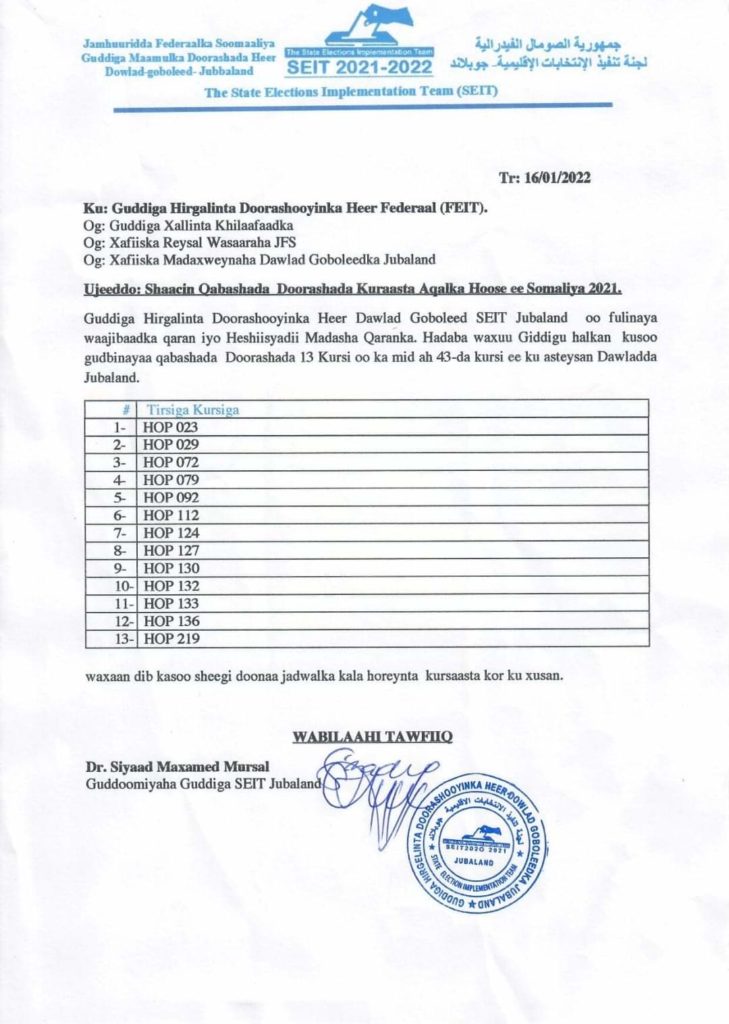