GOOBJOOG NEWS/MOGADISHU: Four people, including three police officers were wounded in a roadside bomb this morning, near the Turkish mosque in Jamhuriya neighborhood.

Local officials confirmed that the Commander escaped unhurt in the landmine blast that occured near Fagah junction in Somali’s capital, Mogadishu.

No one has claimed responsibility for the attack, but it is widely known that Al-Shabaab have been carrying out such attacks on military personnel in Somalia. 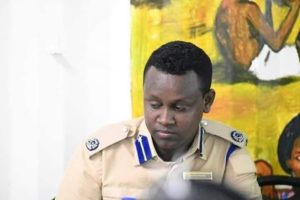 1.4m at risk of displacement as drought bites in Somalia

1.4m at risk of displacement as drought bites in Somalia