On the morning of July 24, 2011, three Kenya Defence Forces soldiers were on routine supply duties at military bases on the Kenya-Somalia border in Wajir County when they lost their way and found themselves deep inside Somalia.

Then Assistant Minister for Defence Joseph Nkaiserry told Parliament that the three, Sergeant Said Abdulaziz Haji (driver of the vehicle), Senior Sergeant Jonathan Kipkosgei Kangogo and Corporal Evans Mutoro, were 60 kilometres astray in Somalia when they were intercepted by soldiers from Somalia’s Transitional Federal Government (TFG).

According to Mr Nkaiserry, Sgt Haji stayed with the TFG troops, who later delivered him and his truck to his Kenyan counterparts, while Sgt Kangogo and Cpl Mutoro escaped, fearing that they were in enemy hands.

“Up to now, their whereabouts remain unknown,” Mr Nkaiserry, who passed away in June last year, said at the time.

He had been promoted to Cabinet Secretary for Interior at the time of his death.

It later emerged that the two soldiers fell into the hands of the Somalia-based Al-Shabaab insurgents, who had started making incursions into Kenyan territory in their attempts to establish an Islamic republic in Somalia.

The two soldiers became the first Kenyan Prisoners of War (PoW), though it would be another four months before Kenyan troops crossed into Somalia in their first ever foreign incursion to pursue the militants.

On October 16, 2011, a battalion of Kenyan troops crossed into Somalia to commence “Operation Linda Nchi” (Operation Protect the Country), which the government said was aimed at neutralising the threat posed by Al-Shabaab.

It was hoped that this mission would also lead to the rescue of the two Kenyan soldiers.

But seven years down the line, nothing much has been heard from the government or the Department of Defence (DoD) about their fate.

Such official silence embitters Ms Rose Kigen, wife of Sgt Kangogo. Her husband had served in the military for 14 years until his abduction.

“I wish the military would be more forthcoming with clearer information about him,” the mother of three said.

In February 2013, the insurgents claimed to have executed Sgt Kangogo following the expiry of a deadline they had given the Kenyan government to pull out its troops.

Al-Shabaab never released any video of his killing, as it does with those of other captive African Union peacekeeping soldiers.

“I still have hope that he is still alive and well. Maybe sick, but alive,” Mrs Kigen said.

She had hoped for answers when she visited the Department of Defence (DoD) on Tuesday this week to apply for a certificate of presumption of death, a document which will enable the military to legally declare her husband “missing in action”.

In turn, this will allow the military to process the full compensation due to her husband.

“But even if I get the money, there will always be a hole in my heart, not knowing about his whereabouts,” she said.

During her husband’s seven-year absence, their three children have grown to “fine” teenagers, she said.

Despite the lack of information from DoD about her husband, she is glad that the military paid out her husband’s full salary, enabling her to educate the children.

Ms Juliet Nekesa, the elder sister of Stg Mutoro, said the DoD split his salary between his wife Sylvia and their elderly parents. “Of course, Sylvia got more because of the children,” she said.

Sgt Mutoro joined the military in 2007 and had barely served four years before his disappearance.

He and his wife have a daughter who is in Grade Two at a public school in Kakamega.

“He is 35 years now and I am sure he would be doing splendid things for himself,” Ms Nekesa said.

“I raised him as if he was my own son. His disappearance has devastated me as much as it has our parents.”

Since Sgt Kangogo and Cpl Mutoro were abducted before Operation Linda Nchi commenced, their families cannot benefit from the enhanced compensation package paid out to families of soldiers killed under the African Union Mission in Somalia (Amisom), of which KDF is part of.

Although the military is not keen on sharing with the public information about its operations in Somalia, in April it gathered together the families of soldiers killed or missing in action for an update.

“About 30 families attended the meeting,” Mrs Kigen, who was present, said.

“They told us not to give up hope about our loved ones although they did not discuss specific cases.”

The military’s silence about troop casualties and the fate of PoWs continues a pattern of silence and opaqueness that the KDF has adopted since it started suffering casualties in Somalia.

During the early stages of the campaign, it embedded Kenyan journalists with troops, but saw to it that they produced positive accounts of the mission.

As the war wore on, it stopped doing this for weeks, instead organising occasional guided tours of the frontline lasting just a few hours.

Soon, this too ceased, along with weekly media briefings.

A request for comment that we sent to KDF spokesman Colonel Paul Njuguna on the captives, as well as on the broader aspects of the operation seven years down the line, such as its impact on national security, went unacknowledged.

Consequently, in the absence of information from the DoD and the government, it is impossible to give accurate figures in this article about troop casualties and PoWs since the operation began.

But over the past two years, Kenyan forces have suffered two major Shabaab raids.

However, the exact figure of casualties is contested by the military, the militants, and the media.

In January last year, the insurgents claimed to have killed 57 soldiers during an attack at a Kenyan army camp in Kolbiyow in Gedo region, not far from the border with Somalia.

The DoD said it lost nine men while the local media reported that more than 60 had died.

This reporter counted 15 obituaries placed in the Standard and the Daily Nation newspapers by families of the deceased soldiers.

Al-Shabaab is thought to have attacked Kolbiyow camp to mark the first anniversary of its January 15, 2016 raid on Kenyan troops at El Adde, in the same region, where it killed an unknown number of soldiers after a day-long battle.

The militants boasted that they killed 100 soldiers and took others as prisoners of war.

Nairobi dismissed both claims but never released any figures. I counted 52 obituaries in the local newspapers of the El Adde soldiers, a figure which falls far below those claimed by the militants and the Somali President.

Though the Chief of Defence Forces, General Samson Mwathethe, promised at a news conference after the El Adde attack that the government would provide answers, the findings of a military board of inquiry into the incident have never been made public.

Gen Mwathethe told the press conference: “I am not aware of prisoners of war as alleged by some local dailies.”

However, towards the end of 2016, the group released videos of soldiers it took captive.

The first video released in September featured Leonard Maingi Kiiyo, a medic in the military.

The second one followed in early October, featuring David Ngugi Wataari, who lost an eye during the attack.

Both were shown pleading with President Uhuru Kenyatta to withdraw Kenyan troops so that the militants would spare their lives.

Until Al-Shabaab released the video of her husband, Mrs Kiiyo said there had been little communication about his fate after the family submitted DNA samples to the military after the attack. “DoD simply kept quiet,” she said.

However, she is happy that the military has kept the channels of communication open for her.

“They are always ready to help in whatever way they can,” she told this reporter on phone.

This represents a stunning change of attitude from her over the past one year.

Towards the end of December, I set off to visit her in their rural home in Vengea village, Makueni.

However, two hours into an expected three-hour journey to reach her village, she called my fixer and told us to turn back. She was not in the village, she said, but in Nairobi.

In the end, she admitted the real reason for pulling out. “She informed somebody at DoD that we were coming and they told her to cancel it,” my fixer said.

After watching her son plead for his life on television, Mr Kiiyo’s mother gave an interview to a local newspaper in which she requested the government to do everything possible to secure his release.

Apparently, the military was unhappy that she had spoken to the press and a team of officers paid the family a visit and advised them against such interviews.

Mrs Kiiyo said she feared the repercussions of disobeying the gag order.

“They might blame me if anything happens to him,” she told my fixer. “What I have told you on phone is enough.”

But talking on phone on Saturday, Mrs Kiiyo sounded positive about how the military has treated her and her family since then.

“People outside will talk, but I personally know how helpful they have been,” she said.

She added that when she visited DoD in April with other widows of soldiers, she was informed that all efforts were being made to rescue her husband.

“They told me that he is being held in a part of Somalia where it is a bit tricky to extract him. They urged me to be patient. I trust that they are doing everything in their power to get him back,” she said. 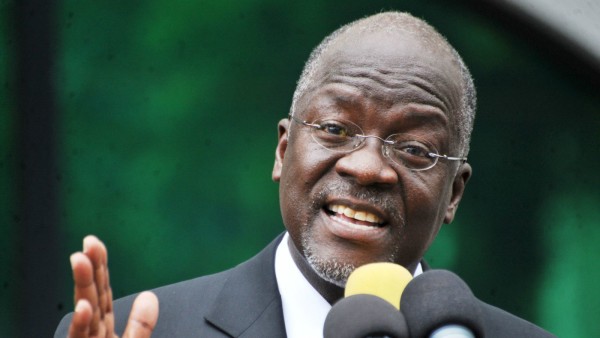 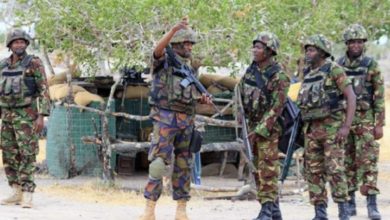 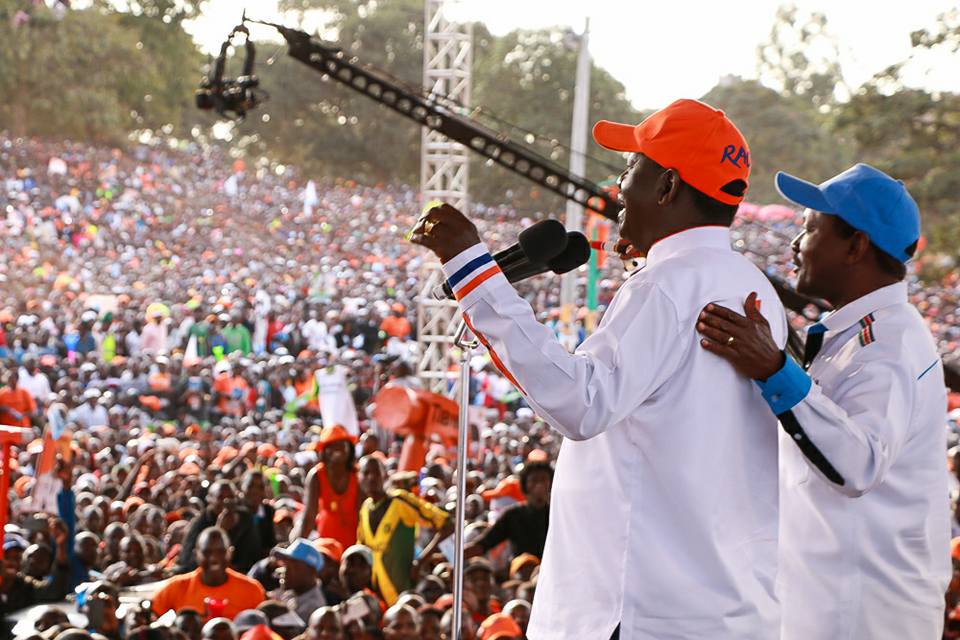