in Banaadir, Featured, featured, Jubbaland, National News
A A 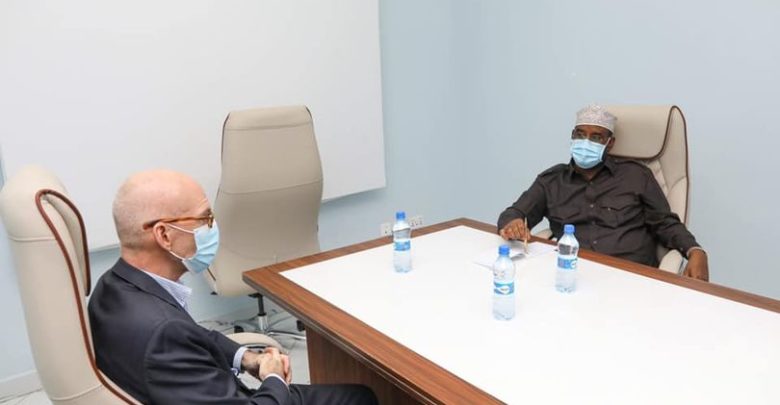 There was no comment from both the UN office in Mogadishu and Madobe’s administration but sources told Goobjoog News the two leaders held closed down talks last night.

Madobe and his Puntland counterpart Abdullahi Deni have reportedly demanded the fresh talks with Farmaajo be expanded to incorporate the opposition under the Council of Presidential Candidates umbrella.

But a source said Villa Somalia will be blocking further discussions and instead zero in on the implementation of the September 17 deal and the Baidoa Framework agreed to by a joint technical team last month.

The talks are expected to open this morning at the Airforce hangar within Aden Adde Airport area. Other Federal Member State leaders and Banaadir Regional Administration governor Omar Filish are also attending the talks.

Amid mistrust, Madobe, Deni deploy own guards, to stay within airport area during talks