one by one, the Somali women filtered into an office of the Brian Coyle Center in Minneapolis to tell their stories. Each appeared exhausted. One hadn’t slept in days.Their sons were among six men arrested in a major counterterrorism sweep Sunday and charged by federal authorities with trying to join ISIS, one of the cruelest terrorist groups in the world. Now the three Twin Cities mothers find themselves grappling with an unimaginable future in the United States.

“My life has turned upside down,” said Ayan Mohamed Farah, who has two sons facing terror-related charges. “I am a mother who came here to seek peace.”

In interviews with MPR News, the mothers say they depended on their first-born sons to be the bedrock of their families. Instead, the young men face years or even decades in prison if convicted.

At a court hearing in St. Paul, a judge ordered the four men detained.

ISIS has lured American fighters from across the United States to the battlegrounds in Syria. The group has had the most success in Minneapolis, luring recruits from families who sought a better life in the United States.

But the three mothers say they can’t believe their sons were headed down that path.

Farhiyo Mohamed, a soft-spoken woman who wore a blue hijab that framed her face, remembered her son Abdirahman Daud leaving their Minneapolis home Friday. She noticed he left his cellphone behind. He didn’t come home that night.

That was bizarre, she recalled, because he dutifully took care of his younger siblings and had a job.

“He was an active and obedient son. He regularly used to call me and was involved in helping raise the children,” Mohamed said. “It then dawned on me that my son was missing. And no one called me [to say] whether he is dead or alive. I did not eat for days.”

Before he left, 21-year-old Daud told his mother he wanted to marry a woman and planned to go to Chicago to meet his future father-in-law.

But federal prosecutors say Daud and two friends instead drove to San Diego to buy fake passports in hopes of using them to travel to Syria and enlist with ISIS. Daud had no idea one of his friends in the car was an informant for the federal government, and that a man who was to supply the passports was working undercover for the FBI.

Daud was arrested in California on Sunday. His mother said the FBI also descended on her home in Minneapolis that day. They handcuffed her husband and her other son, who is 19.

It wasn’t the first time the FBI had paid her family a visit. Mohamed said prosecutors twice subpoenaed her son to appear before a grand jury and federal agents had come to her house several times before, asking for help with the investigation. Their encounters with the family give a clue into how the FBI might have persuaded the seventh man, once a conspiring ISIS recruit, to change course and become a cooperating witness.

“They came to us and told us, ‘Would you work with us?’” Mohamed recalled. “We told them we don’t work with anyone. They also talked to my son and they told him, ‘We want you to work with us.’”

Mohamed said she asked the agents if the family had done anything wrong, and the agents said no.

Another of the women, Ayan Mohamed Farah, is coping with the fact that two of her sons are facing charges. She first learned about her 21-year-old son’s desire to leave the country about 10 months ago.

“Three or four FBI officers came to my house and asked me, ‘Where is Mohamed? Where is your son?’” she said. “I told them, ‘You are asking me about someone who is an adult.’ I told them I don’t know where he is.”

Prosecutors say last November, Mohamed Farah took a Greyhound bus to New York with three other men in hopes of catching planes that would help them get to Syria. That plan was foiled when agents intercepted them at the airport. But five months later, federal authorities say, Mohamed was on last weekend’s cross-country road trip to San Diego to buy the fake passports.

For Ayan Mohamed Farah, it is hard to comprehend that federal agents would be interested in her eldest son. The family has lived in the United States for 23 years.

“I’m a mother who’s raising seven children in this country. My sons did well in high school,” she said. “I was hoping that they would finish universities. They never became drug dealers or anything related with gangs. They have never been in jail. I have raised them in a beautiful life.”

Still, Ayan Farah said the FBI’s scrutiny of her oldest son compelled her and her husband to hide their younger son Adnan’s passport after they discovered it in the mail. Ayan Farah is quoted in the criminal complaint as saying they confiscated the passport because they were afraid 19-year-old Adnan would disappear.

Adnan remained determined to leave the United States, according to the criminal complaint. In recent weeks, authorities say, he joined his brother Mohamed in discussions about traveling to Syria using the fake passports. Agents scooped up Adnan on Sunday at their home, his mother said.

“They told me to sit down on a chair,” she recalled. “My heart beat very fast. I got scared. They brought all the adults from upstairs to the living room with pistols pressed at their heads.”

FBI officials declined to comment about the agents’ interactions with the families, other than to say said the arrests were handled professionally. Authorities have consistently said they’re committed to stopping the flow of American fighters for terrorist groups overseas.

While they said there’s no evidence these young men planned to cause harm in the United States, that scenario is what worries federal investigators.

Ironically, just three days before the arrests, Adnan Farah, Ayan Mohamed Farah’s younger son, introduced his parents to the woman he planned to marry. The couple had set a date in May. Ayan Farah said the family’s festive mood turned into heartbreak over the thought of losing two sons to prison.

She also lamented that the problem of terrorism recruitment in Minnesota — which started eight years ago when young men started to enlist with the group al-Shabab in Somalia — continues to fester.

“From now on, the community and families should work together so as to save our children,” she said. “People have been ignoring this problem for so long.”

Somali-American community members in Minnesota say many parents are at a loss about whom to turn to if they suspect their children are flirting with violent ideology. Robust efforts to rehabilitate these young people are needed, said Kassim Busuri, education director of Minnesota Da’wah Institute in St. Paul.

“Mosques, community members, and community organizations need to get out and campaign to say that we’re here to help and we can do interventions,” he said. “But right now, I’m pretty sure everyone does their own program, and some families don’t know where to go. It’s a mess.”

The three mothers this week turned to Mohamud Noor, who runs the Confederation of Somali Community in Minnesota. Noor said at this stage, he can only offer the parents emotional support and help them navigate the legal process.

But he wishes he could do more. “I haven’t seen anyone step up to say, ‘How can we help you address challenges faced by these young people? We talk about resources, and we can put more into law enforcement. But what about the intervention process?”

Another despondent mother is Ayan Abdurahman. Her 19-year-old son, Zacharia Abdurahman, is accused of taking the bus to New York with hopes of traveling to Syria from there. Abdurahman can’t believe the charges against her son, who was studying information technology at Minneapolis Community and Technical College.

“As much as I knew him as a parent, he was a straight-laced boy,” she said. “I’ve not seen him doing anything wrong. His schedule was between work and school. And the rest, he was helping me with the children.”

For Somali-Americans like Abdurahman, the losses are too many to count. She fears for family members in her homeland who are being terrorized by vicious attacks from the group al-Shabab. And now she has to confront the allegation that her own American-born son wanted to become a terrorist.

“Twenty days ago, al-Shabab killed my niece who graduated from college. We have a problem on that front,” Abdurahman said. “On the other hand, we are losing our educated sons, our future. We are losing them for no reasons after they are being brainwashed, and that’s the biggest problem.” 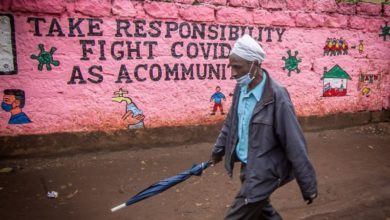 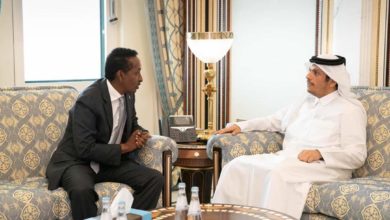 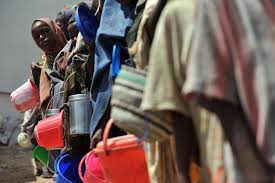