Palestine president rules out US role in peace process 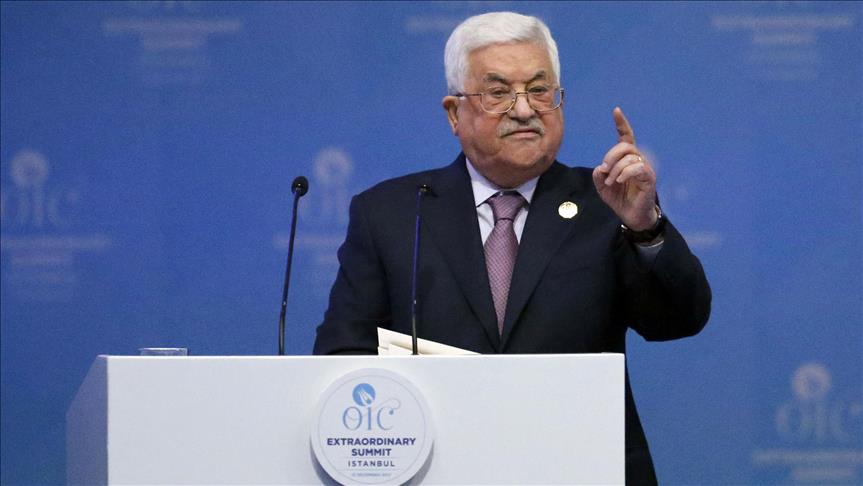 Palestinian President Mahmoud Abbas on Wednesday said his country would not accept a future role for the U.S. in the Middle East peace process.

“We will never allow the U.S. role in the future peace process,” Abbas told a special meeting of the Organization of Islamic Cooperation (OIC) in Istanbul.

The president added that Palestinians did “not want American mediation anymore.”

Turkey is hosting the 57 member OIC following the U.S. decision, which has been widely condemned by world leaders. The summit is expected to develop a unified Muslim position on Trump’s policy shift.

Abbas said that Jerusalem “is and always will be the capital of Palestine” as he called on the world to acknowledge the city as such.

“Peace will not come unless Jerusalem is recognized as Palestine’s capital,” he added.

OIC Secretary General Yousef bin Ahmad Al-Othaimeen reiterated his call on countries which do not recognize Palestine as a sovereign state to do so.

Denouncing the U.S. move over Jerusalem, Othaimeen said it destroys the U.S. role as mediator to the peace process.

He warned that the move will ignite violence in the region.

“Jerusalem has been an inseparable part of Palestine since 1967,” he said.

Jerusalem remains at the core of the Israel-Palestine conflict, with Palestinians hoping that East Jerusalem — currently occupied by Israel — will eventually become the capital of a Palestinian state.

Boost for Somaliland-Ethiopia trade as Berbera Corridor project takes off

US dispatches envoy to the Horn amid tensions, conflicts

Biden to allow up to 62,500 refugees into US after criticism

Somalia to resume electoral talks May 20

Boost for Somaliland-Ethiopia trade as Berbera Corridor project takes off

US dispatches envoy to the Horn amid tensions, conflicts

Biden to allow up to 62,500 refugees into US after criticism

Somalia to resume electoral talks May 20

Qatari envoy lands in Somaliland, to travel to Mogadishu ahead of AU mediator’s arrival