At the time of his killing, the young man was sitting with other youths of the neighborhood as the pistol gang singled him out by shooting in the head.

According to people known to the murdered young man,  he was about to finish his secondary studies.

There is no official statement from authorities in the area about the murder.

Such targeted murders are a familiar occurrence in Mogadishu and perpetrators escape with no trace. Little justice is served. 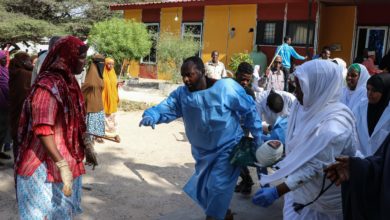