in Elections 2021, Featured, National News
A A

GOOBJOOG NEWS|SOMALIA: All the five Federal Member State parliaments and the Somaliland caucus are set to cast their vote in less than 24 hours for a new crop of Senators in line with the electoral timetable.

According to the elections schedule, FMS presidents are supposed to release the names of shortlisted candidates by the close of business today. The Federal Indirect Elections Team (FIET) will subsequently send back the names to the regions for voting tomorrow.

The candidates are drawn from sub-clans in line with the 4.5 system. Out of the 54 seats, the Darod clan has the highest number of seats at 17 followed by Dir with 14, Hawiye (13), Digil and Mirifle (8) while all minority clans get only two slots.

In terms of distribution among cities, the capital Mogadishu and Garowe (Puntland) have 11 seats each while Kismayo, Baidoa, Jowhar and Dhusamareb have eight seats each.

A deal in 2016 negotiated by then-president Hassan Sheikh Mohamud and FMS leaders under the National Leadership Forum (NLF) saw all the FMS save for Puntland get eight seats in the senate. Somaliland and Puntland were allocated 11 seats on account of their established and mature political system. 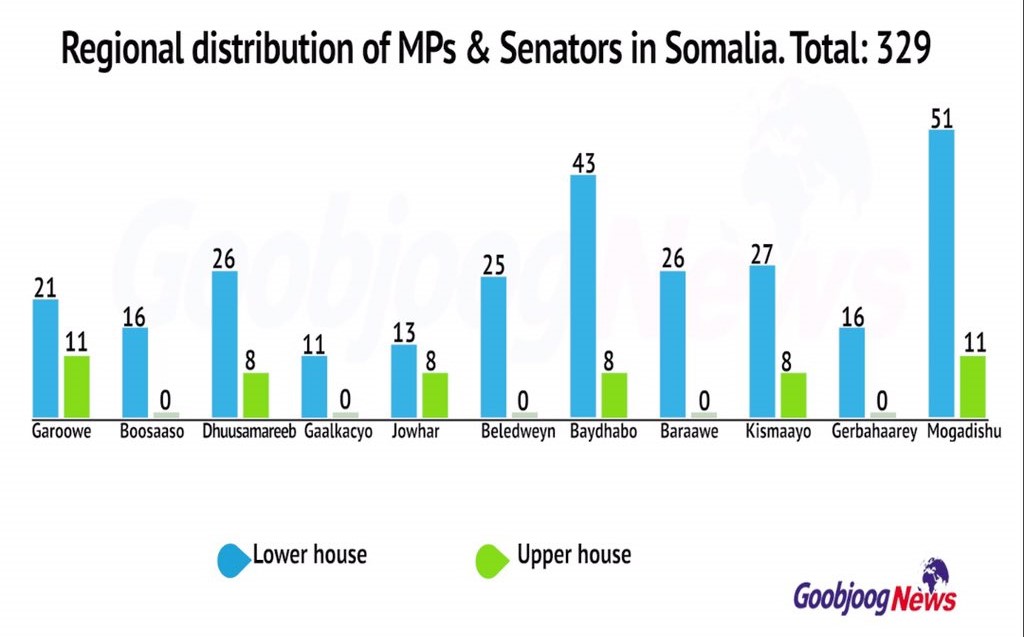 Puntland is the oldest regional state formed in 1998 while Somaliland broke away in 1991 and declared independence.

The 54 senators will jointly with the Lower House elect a new president on October 10.

Senate elections in FMS parliaments fail to kick off

Senate elections in FMS parliaments fail to kick off