The appointment of the six is in line with the newly agreed deal between Roble and Federal Member State presidents in Mogadishu. Hashi was tasked to appoint six officials.

Meanwhile, Jubbaland president Ahmed Madobe submitted eight names to the SIET, two to FIET and two others to the dispute resolution committee. The Office of the Prime Minister announced Tuesday the receipt of 67 names from the Council of Presidential Candidates which they said should be expunged from both the SIET and FIET.

According to CPC, the 67 individuals are either security officials, civil servants or cronies of outgoing president Mohamed Farmaajo. 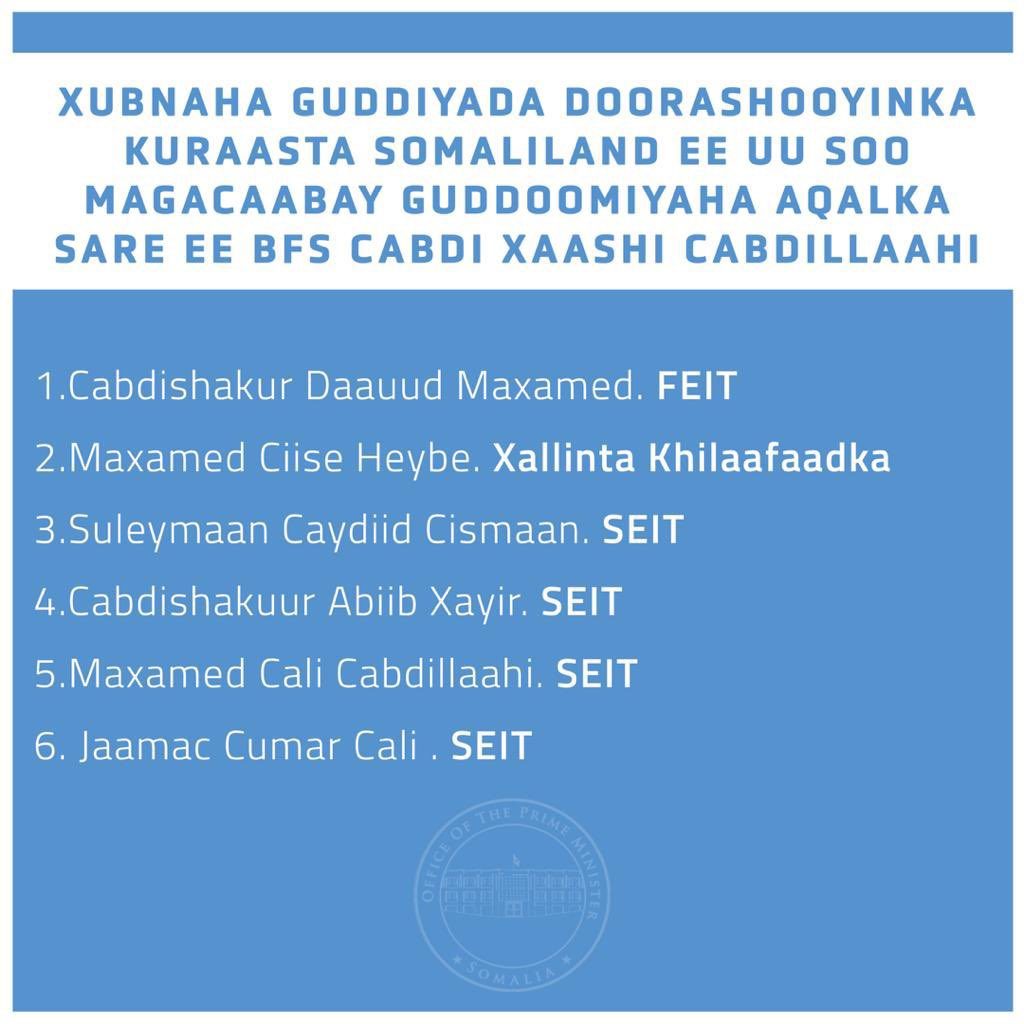