Mr Awad said the Somali government will no longer tolerant DP-world interference and soon defends its risk from the country.

“DP-world has hurt us, endangered the unity of our country and has never stopped interfering with it. We are patient and have a limit on patience, we are ready to defend our country, just as everyone else,” Awad said.

The Minister has called on the United Arab Emirates Based company to stop the interference to resume relations between the two countries.

The lower and upper house of Somali Parliament has already banned the DP-world from the country during signed a 30-year agreement of construction ports of Bosaso and Berbera. 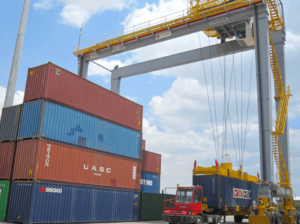 The high performance, variable speed diesel RTGs are due to be ready for operation before the end of 2020 and are six containers plus a truck lane wide, able to stack one over five containers high.

U.S. provides over $181 million to avert famine in Tigray, Ethiopia