Goobjoog News/Hargeisa: The State Elections Implementation Team of Somaliland has announced that the elections of three seats to the House of the People will be held on 24, January.

The Electoral Commission said that registration of delegates set to elect candidates running for the three seats is scheduled to begin today, while training will take place tomorrow, Sunday 23.

The three seats are as follows:

The schedule announced by the Commission comes amid complaints made by Boqor Buur Madow, a traditional elder, along with outgoing Speaker Abdi Hashi and other Somaliland politicians that they had withdrawn from the Somali elections following PM Roble’s interference in Somaliland’s seats and called for the intervention of the international community. 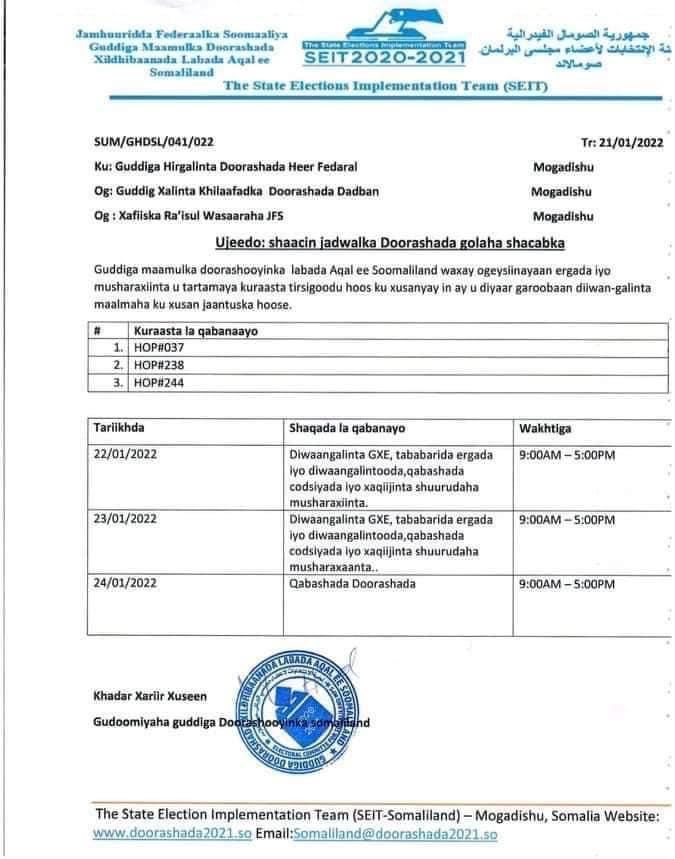 Five seats to be elected in Garowe today

Five seats to be elected in Garowe today