GOOBJOOG NEWS|UK:  The UK Parliament is set to debate a motion on the recognition of Somaliland tomorrow (January 18).

The adjournment motion sponsored by former defence secretary and South Staffordshire MP Gavin Williamson has been welcomed by the Somaliland government which has urged its citizens in the UK to engage their local MPs.

The debate follows a series of discussions held by the UK local governments on the recognition of Somaliland, which claimed its autonomy from the rest of Somalia in 1991. 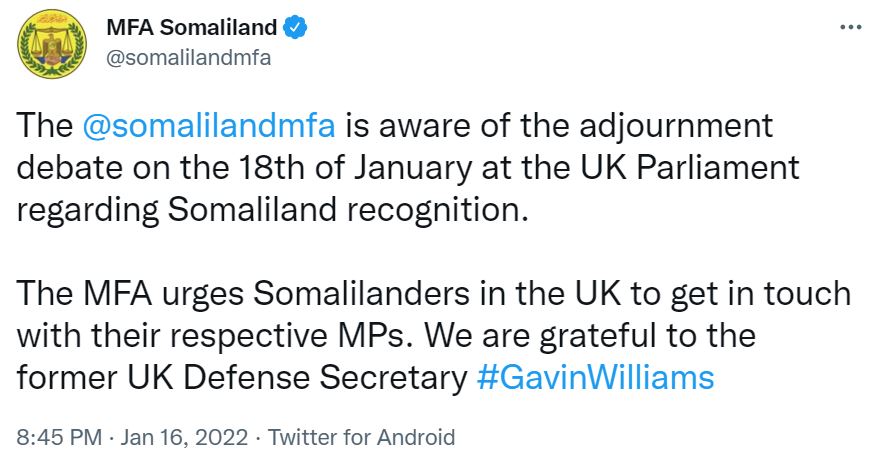 In an effort of recognizing Somaliland as an independent state, 11 Labor MPs voted in favor of Somaliland as a “British protectorate” in December 2019, however, one of the lawmakers later withdrew the motion.

Similarly, the City of Cardiff, Sheffield and  Birmingham have already recognized Somaliland’s “independence”, but this has not brought much significance either.

Somaliland is an autonomous region in northern Somalia with an independent government, democratic elections and a distinct history yet so far, no foreign power recognizes its sovereignty.