At least 10 people have died and several others injured in a car bomb explosion that ripped local shops and restaurant in Hamarweyn district of the capital Mogadishu.

Witness at the scenes told Goobjoog News that the car bomb explosion has destroyed shops and restaurants near Mogadishu Mall killing several people and wounding others.

Police officers have confirmed 10 people dead and several others injured were transported to hospitals in the city for treatment. 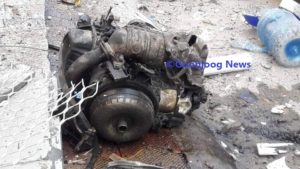 Sources said a car loaded with explosives blew up next to the Mogadishu Mall which was near the Banadir regional headquater.

Al-Shabaab militant group who have conducted similar attacks in the capital Mogadishu have claimed the responsibility of the attack.

Food insecurity could worsen in Somalia in 2019 – NRC

Food insecurity could worsen in Somalia in 2019 - NRC